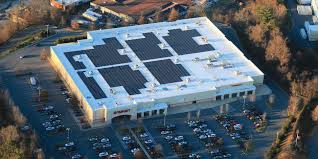 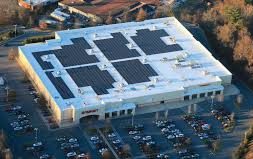 As the solar industry continues to grow and the desire for solar follows suit, large retailers are stepping on board. And one of the largest to board the solar train is none other than retail giant, Target.

In 2015, Target set a goal to install solar panels on 500 of its stores by 2020, and now that 2020 is here, Target recently made the announcement that they achieved that goal by installing solar panels on one of their locations in Napa, California.

But the eighth-largest retailer in the United States will not stop there. Target has an even more ambitious goal to go 100 percent solar by 2030, which they are already a quarter of the way to achieving.

Nicki Zvik, Founder of Green Solar Technologies, states, “Target’s recent announcements further prove just how much solar energy is surging ahead of fossil fuels. When a massive company like Target puts their faith into solar to power their stores, it shows extreme confidence because they know that if they can’t power their stores adequately, they won’t be able to run their stores effectively.”

According to an article by Thor Benson published on Inverse, “John Leisen, vice president of property management at Target, said in a statement that the company is committed to sustainability…’At Target, we’re committed to making our operations even more sustainable to create a better future for our guests, team members and the planet…Ambitious energy goals have helped us accelerate our progress and reach major milestones. And we’ll continue to invest in technologies, partners and resources to help us achieve even more.’”

Zvik comments on Leisen’s statement, remarking, “Not only does Target believe in solar energy to power their stores just as well as fossil fuels but they actually have more faith in solar which speaks volumes for our industry. Solar is the most abundant source of energy, and it’s powered solely by the sun’s infinite light making it far more reliable and far cheaper than the finite fossil fuels our Earth provides.”