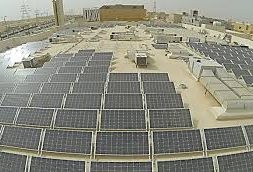 Hyderabad: Telangana State-Northern Power Distribution Company Limited has won five awards from Independent Power Producers Association of India for the steps it took in terms of stabilisation of power distribution and encouragement of solar power generation.

The awards were received by TSNSPDCL directors P Mohan Reddy and deputy engineer (IT) Anil Kumar at an event on Saturday night at a function in Belgaum in Karnataka. The awards were presented by IPPAI director Harry Dhaul, the release added.