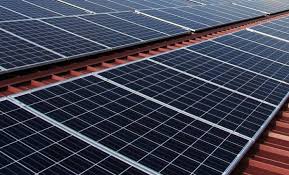 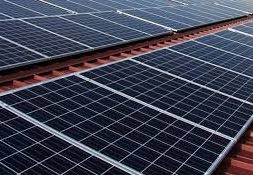 The Energy and Resources Institute and US-based CADMUS group launched the Indian Solar Market Aggregation for Rooftops program in Surat, Gujarat. Supported by the Ministry of New and Renewable Energy and the Deutsche Gesellschaft für Internationale Zusammenarbeit GmbH, this demand aggregation program is a part of Indo-German Solar Energy Partnership and aims to accelerate the rooftop solar market in India. So far, India has achieved only 3.85 GW out of its 40 GW rooftop solar target by 2022.

Mr Abhinav Jain, Advisor, GIZ remarked that “GIZ is implementing the Indo-German Energy Programme (IGEN) on behalf of the German Federal Ministry for Economic Cooperation and Development. GIZ is now supporting demand aggregation for rooftop solar systems with an objective to double the installed capacity and number of projects in select states.” The promotion of rooftop solar would create new jobs, thereby contributing to economic, social and environmental development. I-SMART will be implemented in the states of Gujarat, Uttarakhand, Himachal Pradesh, and Jammu and Kashmir along with the Union Territories of Daman and Diu, and Dadra and Nagar Haveli.

Mr Paul Faeth, Cadmus Principal and Program Team Leader, noted that “This project provides an excellent opportunity to share and combine successful programme strategies and lessons from India, Germany, and the United States. By leveraging our team’s shared experience in solar market development and demand aggregation, we are eager to support Indian states, union territories, and cities in strengthening solar markets and increasing the rate of solar installations.”

Dr Ashvini Kumar, Senior Director of Renewable Energy Technologies Division, at TERI shared that, TERI’s experience in working throughout the value chain of rooftop solar systems combined with that of Cadmus’ successful Solarize campaigns in the US would help scale up the rooftop solar market in the targeted states.

The objective of the programme is to aggregate demand of 1,000 megawatts (MW) of rooftop solar capacity across four states. Apart from other cities across India, I-SMART will be implemented in Surat with the support of Surat Municipal Corporation. SMC’s efforts have led to the installation of more than 35 MW rooftop solar systems among the domestic consumers in the city. Under the new programme, activities will target new consumers among both domestic and residential sectors.

The I-SMART team will work towards a goal to remove barriers for the growth of the solar market, and to increase the pace as well as ease of solar adoption among the residential, government, and commercial and industrial (C&I) sectors. It will aim to achieve this at the grassroot level via digital/social campaigns.

A single-window web portal of I-SMART will help interested consumers understand the relevant information before submitting an online request for rooftop solar installation. This platform would help connect solar developers and consumers, ease up the process of installation, and raise awareness through targeted outreach among the general public.

For an all-out outreach effort in different locations, the team will conduct awareness activities in major cities, to begin with. In these city-level campaigns, the project team is engaging with enthusiastic college students as volunteers. Called “Solar Friends”, these volunteers trained by the I-SMART team will carry out door-to-door outreach and appeal to their fellow residents to install rooftop solar panels.

TERI has a successful track of implementing consumer demand aggregation for rooftop solar among 6,000 individual households in Surat, Gujarat and among 100 RWAs in Dwarka, New Delhi achieving a cumulative implementation of over 70 MW rooftop solar capacity.

0
1   0
previous IN THE MATTER OF: Determination of generic levellised tariffs for Solar PV Projects for first six months of FY 2019-20
next First Time Ever, India Invests More In Solar Power Than Coal; $500 Bn Invested Into Green & Clean Power!