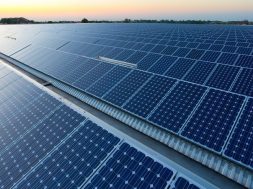 India has been living on coal. Right from domestic use to the production of steal and generation of electricity, India has seen a significant reliance on this fossil fuel. India is the third largest contributor of greenhouse gases, after US and China; so probably this news is going to be a happy one for you. India is showing a gradual shift from its coal-heavy economy towards a cleaner power.

The second most populous country, growing in size and wealth, obviously attracts the need for more electricity and powerleading to an increase in the demand of coal. 74% of electricity generation in India comes from coal. In such a scenario, when a new report comes in from the International Energy Agency (IEA) that renewable power investments in India exceeded those of fossil fuel-based power for the third year in a row and that spending on solar energy surpassed spending on coal-fired power generation for the first time in 2018, a greener feat could not have been achieved.

Prime Minister Narendra Modi announced massive solar energy investments in 2015, pledging to surpass targets in the Paris climate agreement, which aimed to bring 175 GW of renewable energy online by 2022, which appears to very well be on track. Due to a combination of ambitious clean energy policies taken by the government and rapidly decreasing costs of bringing solar power online, there has been a big change in the shift of investments in India in just the past three years, facilitating large scale solar projects across the country.

A Numeral Representation to Blow Your Minds:

Oil giant BP projects that coal demand in India will nearly double from 2020 to 2040, while IEA projects that coal generated power will decline from 74% to 57%, in terms of total electricity generation in 2040. More aggressive climate policies could reduce coal power to as little as 7% of generation by 2040.

In lines with the Paris Climate Agreement, 75 GW renewable capacity has been installed across India, 28 GW has been auctioned and 37 GW of capacity is under various stages of tendering and bidding, amounting to a total of 141 GW of renewable capacity, relative to the government’s target of achieving 175GW by 2022.

India is looking forward to investing $500 billion in creating renewable energy generation of 500GW by 2028, along with $250 billion investment in grid expansion and modernisation of green energy capacity, according to the Institute of Energy Economics and Financial Analysis.

With a highly populous country like India, the inexpensive usage of coal cannot just diminish overnight and is bound to increase in future as well. Fortunately, with the government builing large-scale solar arrays India has a strong incentive to develop new, domestic energy sources, reducing its trade deficit, as India is one of the largest importers of coal.