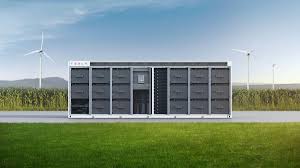 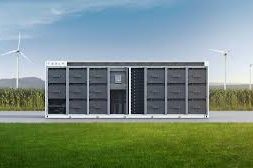 Amid dipping solar investments, Tesla doubles down on energy storage.

Tesla has announced the Megapack battery, its largest energy storage product to date. The company aims to support energy grid usage during peak hours by storing up to 3 megawatt hours of clean wind and solar energy, supplanting natural gas “peaker” plants. The Megapacks are intended to be linked together and will be deployed in four California locations, Tesla said on Monday.

Tesla’s second-quarter financial results last week showed 81% growth in the deployment of its other energy storage products, the residential Powerwall and commercial Powerpack systems. The deployment accounted for 415 megawatt-hours of energy storage.

The energy products accounted for $368 million of the $6.4 billion in revenue Tesla posted in the quarter.

Compared with peaker power plants, which Tesla said cost millions of dollars every day to operate because they “fire up whenever the utility grid can’t provide enough power to meet peak demand,” the Megapack would be more efficient.

“Instead, a Megapack installation can use stored excess solar or wind energy to support the grid’s peak loads,” the company said in a press release.

In 2017, Tesla also built the largest lithium-ion battery in the world, in Australia, which it said Monday has allowed the facility to save “nearly $40 million in its first year alone.”