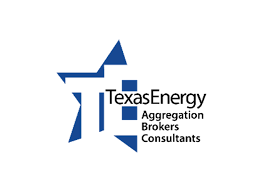 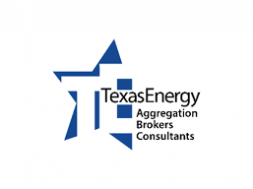 Corporate energy users in Texas like Dow Chemical, Exxon-Mobil, Shell, and large municipal entities like the City of Houston have been procuring wholesale renewable wind and solar to reduce costs, hedge against energy price volatility, and achieve sustainability goals. According to the Business Renewables Center, 2018 was by far the most prolific year yet for corporate renewable deals. Public entities such as cities, schools and universities certainly have an increasing appetite for renewables, but have been slow to cash in on the green energy boom, often lacking the expertise or economy of scale to achieve a price below traditional grid power.

The Texas Comptroller’s Statewide Procurement Division is the central state organization for purchasing and, with the assistance of SECO, issued a request for proposals for electricity sourcing services that included renewable power purchase agreements. Through a competitive bidding process, the Comptroller’s office selected the Waco-based Texas Energy Aggregation to offer electricity procurement services. SECO was later involved with Texas Energy Aggregation in naming these services the Texas Power Pool. Texas Energy Aggregation is an electricity consulting firm working in partnership with the non-profit Rocky Mountain Institute (RMI), which seeks to accelerate the global transition to clean energy use and is providing technical and convening assistance.

“Power purchasing in Texas has changed, but not so much for public entities,” explains Ermoian. “Wind and solar are the new disruptors to the energy industry, offering the lowest-priced generation, but it takes specialized experience and aggregated loads to achieve the scale necessary to get below three cents per kilowatt-hour. We are exceptionally fortunate to have the help and support of SECO and RMI.”

“Solar energy offers a compelling value proposition to consumers in Texas, and across the country,” Kevin Brehm, a manager at RMI, states. “Aided by increasingly favorable economics, this clean, reliable, renewable resource can provide compelling monetary, environmental, and grid benefits to a wide range of buyers. We are pleased to partner with Texas Energy Aggregation to expand the market for solar energy and provide these services to a greater number of Texans.”

Business-as-usual has been costing taxpayers millions

When Texas chose a competitive electricity market in 2002, many public entities selected an approved purchasing program to help them navigate their first energy contracts. Many have continued to utilize the same program without shopping other options. Loyal customers are often shocked to learn that some of the most widely-utilized programs do not competitively bid for energy retailers or wholesale energy supply for best pricing. Programs have also failed to offer competitive renewables procurement.

Lack of competition and transparency were two reasons targeted by the legislature (start at 2:02:20) that customers may be overpaying. Some contracts still demand complete confidentiality and prohibit users from divulging fees, contract terms, and rates, and even instruct customers on how to fend off Freedom of Information requests. Ermoian asks, “If they offer such great rates, one would want to crow about their successes, right? Competition is good. These are often multi-year, multi-million-dollar contracts with no transparency. Texas taxpayers deserve to know if they are getting the best deal.”

Texas Energy Aggregation has represented over 100 municipal customers, been awarded five separate interlocal electricity purchasing agreements, advanced consumer protections, and won two national awards. Ermoian is especially passionate about schools and their budgets, asserting, “Many in my family are educators, and I understand the financial sacrifices they make for their passion and calling. Truly competitive energy purchasing will help keep more dollars in our schools.”

“There is a short window of opportunity in the market to capitalize upon federal renewable energy tax credits which begin ramping down in 2020,” affirms Bendewald. Texas Energy has begun the process of collecting letters of interest from the largest state and other public entities, which already includes some of the largest state agencies, cities and schools. These non-binding endorsements of common goals will be used to release a request for proposal by the end of first quarter 2019 to lock in a firm price. “Once we can guarantee a rate under 3 cents per kilowatt-hour, we anticipate additional participation that will further drive down the cost for all participants,” Bendewald explains.

Participants with existing energy contracts as far out as 2028 may qualify for additional rate discounts or upfront cash bonuses. This does not cancel or affect an entity’s existing contract in any way. Bendewald summarizes, “Current market conditions, technology and tax credits are making unheard-of opportunities available to public entities. Any entity seeking long-term budget certainty, lowest price, or sustainability goals should sign a letter of interest as quickly as possible to get these deals booked in 2019.”

About Texas Energy Aggregation. Founded in 2002, Texas Energy Aggregation is an independently owned electricity consultant unaffiliated with any energy provider, generator, or utility for unbiased customer assistance. Netting taxpayers millions in savings for the four largest State agencies since 2011, they have also saved millions of dollars for school districts, universities and municipalities. In 2014, Texas Energy Aggregation was voted #1 in the nation for ethics, innovation, customer service and contract negotiation by The Energy Professionals Association. Over the course of three legislative sessions, company owner and founder TJ Ermoian spearheaded legislation and eventually shepherded passage of HB 1064, which has saved millions annually for small businesses, schools, churches, athletic and performing arts facilities throughout Texas. For media inquiries, please contact TJ Ermoian, TJ.Ermoian@texasenergyabc.com, 254-723-2231