Home Batteries The battery of the future: Solid-state or liquid? 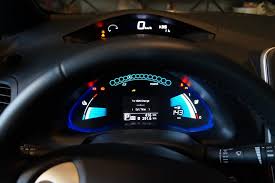 German researchers have succeeded in gaining a more precise understanding of processes in solid-state batteries which have lithium as the negative terminal and copper sulfide as the positive terminal.

At the moment, lithium-ion batteries are still the standard in electric cars and smartphones. However, the disadvantages and problems they pose are common knowledge. First and foremost is the relatively short-range, i.e. runtime. Added to this are the long charging times and even batteries that start to burn. Which are also difficult to extinguish – unless they are completely submerged in water. This is difficult to do where a burning car is concerned. The crux of these batteries is the battery fluid. It is indispensable as a conductive medium between the positive and negative terminals. Last but not least, this type of battery requires a cooling circuit, which takes up more space and also entails additional weight.

This is quite a different matter with what are known as solid-state batteries. Here, the positive and negative pole are connected by a solid-state electrolyte, instead of a highly flammable, liquid form of electrolyte. In other words, they are ‘dry’. Hence the battery does not need extra cooling and the energy density of the battery is also greater. This in turn means that more electricity can be stored with less weight and less volume. This translates into more range, or alternatively, extended runtime with a faster charging time – and a lower price. In addition, the solid-state battery is significantly safer, because none of the electrolytes in the battery substance can overheat and catch fire.

Transition is still a long way off

In cooperation with the industrial partner BASF, researchers from the Humboldt University of Berlin and the Justus Liebig University Giessen in Germany have succeeded in “better understanding the processes in a solid-state battery with lithium as the negative terminal and copper sulfide as the positive terminal.”

“Copper sulfide, also known as covelline or covellite, is a common mineral. The distinctive feature of this compound is its unique combination of diverse properties. Covelline can be formed very easily and conducts copper ions and electrons extremely efficiently,” explains Philipp Adelhelm, He is an electrochemist and professor at the Institute of Chemistry housed at the Humboldt University. “In a solid-state battery which uses lithium as a counter-electrode, this produces a surprisingly efficient reaction. The battery can therefore be recharged again and again over many cycles and shows significantly superior properties compared to other sulfides.”

The scientists point out that the transition to solid-state batteries is a challenge, however, as new materials and manufacturing processes have to be developed for this. Although prototypes already exist, the potential market launch is not expected for another five to ten years.

“We are still in the middle of basic research in this field,” Professor Philipp Adelhelm notes. “However, the results offer an impressive demonstration of the enormous influence that the physical-chemical properties of a compound can have on battery behavior.”

The researchers have now published the results of their research project in the journal Advanced Energy Materials.*

In Berlin, research on battery materials is also being continued in a joint research group, which was founded this year by the Humboldt University and the Helmholtz Center Berlin. In addition, automobile manufacturers such as Volkswagen and Toyota continue to conduct research on solid-state fuel batteries. The Japanese are already considering introducing them in series production vehicles in 2025. At Volkswagen, ranges of up to 1,000 kilometers are within reach.

tags: Solid-state or liquid
0
previous Batteries are key to a greener and more electric future
next Inverted Energy launches India made batteries for EVs, homes