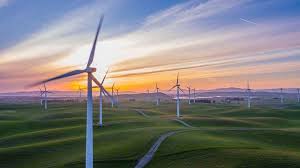 The long shadow cast by the covid pandemic over most of 2020 is likely to remain the overarching theme for many of the important economic decisions that will be made in 2021, too. With at least two vaccines now officially approved by the government, it is just a matter of months before things start to return to normal in India. While it would be futile to expect too quick a recovery, we can definitely hope for 2021 to be better than 2020.

The first advance estimates released by the National Statistical Office (NSO) in the second week of the new year have projected India’s gross domestic product (GDP) to contract 7.7% this fiscal. There is little or no surprise here. But, the forecast has also said that of the eight sectors included in the final tally, electricity generation will be one of the two sectors that will end the year on a positive note, the other being agriculture. This also underlines the fundamental value of electricity in our lives and why continuous efforts to strengthen the sector are vital for the future of India’s economy.

As done in the past, we expect the Union finance minister to look at the role of the power sector in the larger context of the country’s economic health and provide the necessary fiscal support to strengthen it further.

The distribution companies, or discoms, within the Indian power sector continue to be a weak link that needs to be addressed more seriously. Independent estimates have suggested that discom debts (owed to generating companies) have hit levels of ₹1.3 trillion. The liquidity relief scheme announced by the government in May, to help state discoms through state government guarantee-backed loans, remains a short-term measure that has only partially been implemented. There is a strong case for a higher budgetary allocation towards the strengthening of India’s distribution infrastructure, with preconditions (like timelines for public-private partnership projects) and tariff revisions by regulators, etc., to help discoms raise their operational and financial efficiency.

Over the last few years, we have witnessed a consistent shift towards renewable energy, both in terms of policy and through fiscal incentives provided in Union budgets. In 2020, the renewable energy sector witnessed two significant developments. One, the unit price (through reverse auctions) hit a new record low of ₹1.99. However, India installed only 1.73 gigawatt (GW) of new solar capacity over the nine months to September 2020, or around 68% less than the 5.84 GW installed in the same period in 2019. So, if we are to hit India’s target of 175 GW of renewable energy capacity over the next two years (from around 90 GW now), we have a lot of catching up to do.

While lower tariffs will be vital for broader and deeper adoption of renewable energy, it is also important to ensure that investing in the sector is economically viable. The absence of a strong local manufacturing base to provide key components (mostly cells and solar modules) has meant high dependence on imports, mainly from China. Raising import duties is not a long-term solution. We need greater incentivization of local manufacturing. This can be in the form of direct incentives to manufacturers, such as the availability of interest subvention on term and working capital loans, lower power charges, and an upping of export incentives from 2% to 8% under the Remission of Duties and Taxes on Exported Products scheme.

Apart from supply-side support, we also need a stronger push for wider adoption of renewable energy through demand-side management. For example, the initial cost of installing rooftop solar panels (despite the financial benefits over time) still deters the wider adoption of renewable energy across all user groups (i.e., industrial, commercial and residential). Well-targeted financial incentives, such as lower interest rates for retail consumers, as provided for home owners, would be a much-needed big push in this direction.

In addition, a larger push to a solar pump set programme under the government’s KUSUM scheme will aid efforts to solarize irrigation pump sets. This, along with direct benefit transfers of subsidies to lifeline consumers in urban and rural areas, will help make discoms financially self-sustainable.

As a further push towards more localization under the Atmanirbhar Bharat and Make in India agenda, we should invest a lot more in research and development (R&D). The role of technology in the renewable energy sector is huge, and we are already seeing some benefits of it—solar microgrids help in the electrification of rural areas, for example. India’s auto industry is also gearing up to meet sustainability challenges and will need a lot of investment in R&D for a faster transition towards electric vehicles. Since many of these are long-term investments, the government can offer fiscal incentives to make them more attractive.

The case for renewable energy is only getting stronger by the day. There is a broad consensus that renewable power will become the dominant source of energy not just in India but across the world. All economic, social and environmental arguments are clearly stacked in its favour. Providing clean energy to all at affordable prices must therefore be accorded the highest priority by the Indian government, and incentives provided through annual budgets are a smart and efficient way of making this happen.