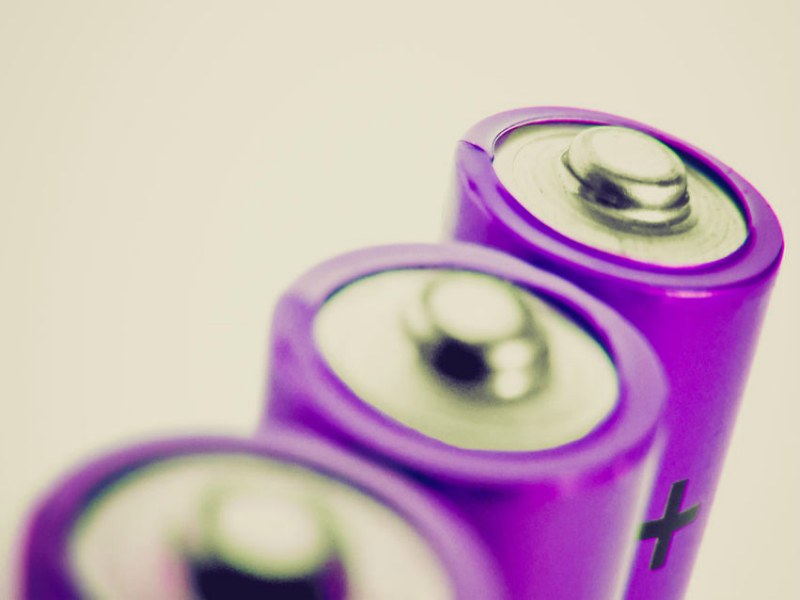 A wide array of different types of energy storage options are available for use in the energy sector and more are emerging as the technology becomes a key component in the energy systems of the future worldwide.

As the need for energy storage in the sector grows, so too does the range of solutions available as the demands become more specific and innovations drawing on state-of-the-art materials and technologies are developed.

While the need is not new – people have been looking for ways to store energy that is produced at peak times for use at a later moment to reduce imbalances between energy demand and energy production – energy storage is now booming in the sector.

Applications are becoming more diverse and widespread geographically with the growth of variable wind and solar energies, decentralisation of the power system and the need for resilience in the network.

With the output of wind and solar dependent on the local weather, variability can occur on short timescales or the times of generation may not correspond to that of the demand.

For example, in the case of solar, the maximum output is normally in the middle hours of the day but the biggest demand peak is often in the evening.

The growth of rooftop PV and electric vehicles are another challenge leading to bidirectional power flows in the grid and the need to avoid local congestion, if for example, multiple EVs are plugged in for recharging at the same time.

In this case, energy storage can support the deferral of investment in grid reinforcement.

Thus a range of solutions is needed. Energy storage systems can range from fast responsive options for near real-time and daily management of the networks to longer duration options for the unpredictable week to week variations and more predictable seasonal variations in supply and demand.

Key use cases include services such as power quality management and load balancing as well as backup power for outage management.

The different types of energy storage can be grouped into five broad technology categories:

Within these they can be broken down further in application scale to utility-scale or the bulk system, customer-sited and residential. In addition, with the electrification of transport, there is a further mobile application category.

1. Battery storage
Batteries, the oldest, most common and widely accessible form of storage, are an electrochemical technology comprised of one or more cells with a positive terminal named a cathode and negative terminal or anode.

Batteries encompass a range of chemistries. The best known and in widespread use in portable electronic devices and vehicles are lithium-ion and lead acid. Others solid battery types are nickel-cadmium and sodium-sulphur, while zinc-air is emerging.

Another category is flow batteries with liquid electrolyte solutions, including vanadium redox and iron-chromium and zinc-bromine chemistries.

Supercapacitors, although not a battery as such, also can be categorised as an electrochemical technology, with their application particularly for sub-minute level response.

2. Thermal storage
Thermal storage in essence involves the capture and release of heat or cold in a solid, liquid or air and potentially involving changes of state of the storage medium, e.g. from gas to liquid or solid to liquid and vice versa.

Technologies include energy storage with molten salt and liquid air or cryogenic storage. Molten salt has emerged as commercially viable with concentrated solar power but this and other heat storage options may be limited by the need for large underground storage caverns.

The main options are energy storage with flywheels and compressed air systems, while gravitational energy is an emerging technology with various options under development.

Energy storage with pumped hydro systems based on large water reservoirs has been widely implemented over much of the past century to become the most common form of utility-scale storage globally.

5. Hydrogen
Energy storage with hydrogen, which is still emerging, would involve its conversion from electricity via electrolysis for storage in tanks. From there it can later undergo either re-electrification or supply to emerging applications such as transport, industry or residential as a supplement or replacement to gas.

Key issues that must be assessed are the charge, discharge profiles and the storage capacity capability and potential scalability. In addition to the cost of the storage, the expected lifetime in terms of cycling frequency before degradation sets in also needs to be factored in a cost benefit analysis.

The figure shows that for the sub-minute level response supercapacitors are the main option.

The rapid cost declines that lithium-ion has seen and are expected to continue in the future make battery energy storage the main option currently for requirements up to a few hours and for small-scale residential and electric vehicle applications.

But as the storage duration requirement increases, the options shift to either thermal, mechanical or pumped hydro and in the future hydrogen.

Storage in the zero carbon system of the future
All of the storage technologies are undergoing innovation to improve efficiencies and lower costs. New materials such as graphene and others based on nanoscale concepts offer the prospect for a new level of efficiency in supercapacitors and thermal storage, for example.

The integration of renewables such as floating solar and digitalisation are expected to improve the value and economics of pumped hydro.

Competition and economies of scale should be a further driver to cost reductions.

Looking ahead to a 2050 net zero energy system, the Energy Transitions Commission in its plan anticipates that three of the storage technologies could win out long term, although obviously not to the exclusion of other options, the optimal mix of which will depend on individual use cases and market and other circumstances.

These are lithium-ion for daily balancing and pumped hydro and hydrogen for the long term requirements.

The Commission states that by 2040 the balance of storage technologies might include a very significant role for lithium-ion across a large spectrum, a limited role for flywheels for low duration, high discharge frequencies, a significant role for pumped hydro for the 16-60 hour range, a role for compressed air for longer durations and hydrogen in fuel cells playing the major role for the longest requirements.