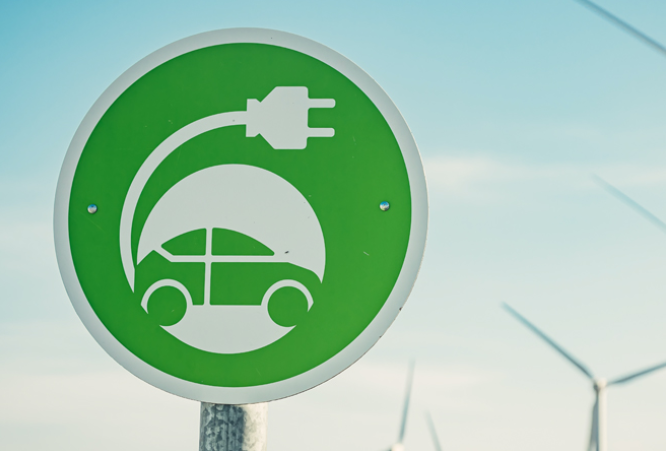 Commitment, co-benefits, cost, and capital are the four Cs of India’s renewable miracle.

India is in a unique position with respect to climate change. It is simultaneously the country with the most citizens exposed to threats caused by a warming world; the country which will have to most dramatically alter its development trajectory if the world is to keep warming below two degrees Celsius; and the member of the G-20 that has gone furthest towards meeting its climate targets.

India’s leadership on climate change is, therefore, not just a matter of keeping its promises; it is a signifier of the country’s acceptance of global responsibility. Yet, the fact is that, India has to increase its ambition on carbon mitigation alongside shouldering enormous adaptation costs—all while ensuring a comprehensive economic transformation that meets the aspirations of its young population.

Unlike developed economies, India’s green transition is not a matter of compensating those in sectors that have to be decarbonized while retrofitting other, profitable sectors. Nor is India, unlike some upper-middle income economies in East Asia, already so industrialized that the natural movement from manufacturing to services would be sufficient to reduce the carbon intensity of its output.

Its commitment to reduce the carbon intensity of its economy to 45 percent by 2030 (over 2005 levels) is, thus, a far deeper commitment than made by those other economies, as it requires completely eschewing carbon-intensive growth while at a very different level of development. Such green growth would be unprecedented. It requires India to discover a path to high-income status that is completely different from all those before it.

In some sectors, India has already demonstrated its ability to absorb and catalyse transformation at scale. Renewable energy is one such sector. About 45 per cent of India’s greenhouse gas emissions come from the power generation sector—unsurprising, given that coal is abundant in India, and reducing energy poverty and increasing supply continues to be a priority for the developmental state.

Yet, by the end of 2021, India had added over 100 gigawatts of renewable energy capacity, and, at COP26, the Prime Minister committed to taking the non-fossil fuel generation capacity in the country up to 500 gigawatts by 2030. India now has the lowest installed cost for large-scale solar power in the world—another demonstration of its traditional skill at supply-side process innovation.

India’s success in carving out a unique green growth trajectory will depend on how effectively the four Cs can be extended to cover the greening of other sectors – from mobility, to housing, to manufacturing, to agriculture.

The renewable energy revolution in India was powered by the alignment of several factors. First, there was clear political commitment that translated into favourable and consistent policy. Second, there were clear co-benefits given that potential demand outstrips actual supply. Third, technological innovations and cost reductions could quickly be adopted and adapted. And, fourth, global and domestic capital was incentivized to flow into the sector. Commitment, co-benefits, cost, and capital are the four Cs of India’s renewable miracle. India’s success in carving out a unique green growth trajectory will depend on how effectively the four Cs can be extended to cover the greening of other sectors – from mobility, to housing, to manufacturing, to agriculture.

Three of the four factors can be engineered domestically—co-benefits, commitment, and cost. But capital will require closer integration—financial, industrial, and technological—with the rest of the world. As Prime Minister Modi made clear at COP26, India expects climate finance worth US$1 trillion to support its ambitions. This is not a gift. It is not aid. It is investment in our shared, global future—an investment that will bring returns not just in terms of climate action, but in cold, hard cash. Green growth is still growth, and growth brings opportunities for investors.

India’s ambition on renewables has concealed the fact that similarly ambitious targets have been set and are being met in some other sectors as well. Consider cooling, which is inextricably linked to the housing sector as well as to agriculture through the construction of cold-chain networks. The India Cooling Action Plan, launched in 2019 by the Union Ministry of Environment, Forests and Climate Change, plans to reduce cooling demand across sectors by at least 20 percent by 2037-38 and to reduce overall energy requirements for cooling by at least 25 percent by 2037-38. Given that this comes at a time when the relevant residential and commercial sectors will expand manifold and temperatures will continue to rise, this is exceptionally ambitious.

Many Indians are yet to buy their first car, and are not necessarily addicted to the conveniences of the internal combustion engine.

Here, however, one advantage of being a latecomer to the development race becomes visible. By some estimates, almost three-fourths of the buildings that will stand in the India as of 2030 are yet to be built. Proper design of this build-out can reduce cooling demand at the source.

Similar possibilities exist in the transport sector – both in terms of public transport and in terms of individual mobility. Many Indians are yet to buy their first car, and are not necessarily addicted to the conveniences of the internal combustion engine. If they are presented with attractive alternatives in terms of decarbonised and accessible public transport, or cheap and efficient zero-emissions personal vehicles, they may never choose to buy a traditional car. Thus there is every chance that India’s current rate of car ownership, of under 25 for every 1,000 people, will not increase to levels seen in the West or even China.

In the end, the greening of India’s development pathway will have to be the product of millions – indeed billions – of such choices. India’s commitment to climate change will be marked not just in the singular choices of its leaders, but in the many choices made by its citizens – for electrification, for energy efficiency, and for responsible consumption. As has been the case throughout its 75 years of freedom and development, India’s green transformation will have to be led by the decisions of its people and by the energy of its private sector.