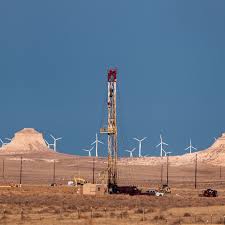 Several trends are focusing the minds of industry executives. One is that investors are pushing companies to disclose consistent, comparable, and reliable data. Activist shareholders, for example, are challenging US- and Europe-based oil majors on their climate policies and emissions-reduction plans.1 Investors are also increasingly conscious of environmental issues. In the five markets examined by the Global Sustainable Investment Alliance—Australia and New Zealand, Canada, Europe, Japan, and the United States—sustainable investments reached assets of $30.7 trillion in early 2018, one-third of total investment. At September’s UN climate summit, an alliance of the world’s largest pension funds and insurers (representing $2.4 trillion in assets) committed itself to transitioning its portfolios to net-zero emissions by 2050.2
At the same time, renewable technologies have been getting cheaper. In the United States, the cost of solar—both photovoltaics (PV) and utility scale—has fallen more than 70 percent since 2011, and the cost of wind by almost two-thirds. By 2025, they could be competitive with natural gas–based power generation in many more regions.

Other forces are also coming into play. Although there is still no global market, carbon taxes or trading systems cover 20 percent of worldwide emissions, compared with 15 percent in 2017, according to the World Bank.3 Many European governments plan to implement binding GHG emissions targets and are drawing up national energy and climate plans.

Options for the oil and gas sector

To play its part in mitigating climate change to the degree required, the oil and gas sector must reduce its emissions by at least 3.4 gigatons of carbon-dioxide equivalent (GtCO2e) a year by 2050, compared with “business as usual” (currently planned policies or technologies)—a 90 percent reduction in current emissions. Reaching this target would clearly be easier if the use of oil and gas declined. But even if demand doesn’t fall much, the sector can abate the majority of its emissions, at an average cost of less than $50 per ton of carbon-dioxide equivalent (tCO2e), by prioritizing the most cost-effective interventions. Process changes and minor adjustments that help companies reduce their energy consumption will promote the least expensive abatement options.

The specific initiatives a company chooses to reduce its emissions will depend on factors such as its geography, asset mix (offshore versus onshore, gas versus oil, upstream versus downstream), and local policies and practices (regulations, carbon pricing, the availability of renewables, and the central grid’s reliability and proximity). Already, many companies have adopted techniques that can substantially decarbonize operations—for example, improved maintenance routines to reduce intermittent flaring and vapor-recovery units to reduce methane leaks (Exhibit 3). Cutting emissions is not necessarily expensive. An onshore operator found that about 40 percent of the initiatives it identified had a positive net present value (NPV) at current prices and an additional 30 percent if it imposed an internal carbon price of $40/tCO2e on its operations.