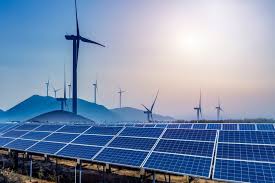 Time to reward consumers with decline in the renewable energy cost

Time to reward consumers with decline in the renewable energy cost

New Delhi: Consumers should now reap the benefits of lower tariffs as the cost of power generated from newer, cleaner and greener renewable energy in India has achieved grid parity in 2018-19, experts said.

Consumers have played a critical role in the promotion of renewable energy (RE) generation by virtue of paying exorbitantly high retail prices for electricity for over a decade. This now needs to change as the cost of power generated from newer, cleaner and greener RE in India has achieved grid parity in 2018-19 resulting in a significant decline in the cost of renewable energy in the last decade, experts said.

“The objective of regulating price of renewable energy certificate through protection of floor price and forbearance price is to protect the interest of the investor and consumer. It must be aligned with new market realities to ensure unreasonable recovery by RE Power generators and check unnecessary financial burden on consumers,” said Manish Garg, regulatory expert and consultant.

Currently, conventional power segment referred to as obligator (like DISCOMs, Captive Power Plants) is required to either buy electricity generated by specified ‘green’ sources, or buy, in lieu of that, ‘renewable energy certificates (RECs)’ from the market to meet their renewable power purchase obligation (RPO).

A REC is a market-based instrument, introduced by the government and the regulator, to promote renewable energy and facilitate compliance of renewable purchase obligations (RPO) by Captive Power Plants, Discoms, etc. /conventional power generators who do not have RE generating resources or 270 days sunshine or face the challenge of being located in a coastal area thereby experiencing a great deal of cloudy weather.

The delay in revising the current pricing of RECs has resulted in an accumulated and unnecessary financial burden on consumers /obligators /conventional power distributors who tried to pass additional cost onto the consumers through additional charges and taxes. This situation was further aggravated by delay in revising and publishing the revised ‘floor’ and ‘forbearance’ price for RECs by Central Electricity Commission (CERC).

In a progressive move to align REC prices with the market, CERC, this year, reduced the floor price of solar and non-solar RECs to zero from Rs 1,000 earlier. Similarly, the forbearance (ceiling) price of solar and non-solar was reduced to Rs 1,000 for both from Rs 2,400 and Rs 3,000, respectively. This order of keeping floor price at zero instead of making obligatory to sell renewable energy certificate at discounted price and keeping forbearance price higher than zero, however, does not address the concerns of the consumers fully.

Experts said also, it is violative of the principle of the Electricity Act, 2003 which calls for taking measures conducive to development of electricity industry, promoting competition therein, protecting interest of consumers and supply of electricity to all areas, rationalisation of electricity tariff, ensuring transparent policies regarding subsidies, promotion of efficient and environmentally benign policies.

It is high time to bring up the consumer issues to the priority through market mechanism. This can be done by embracing the concept of negative pricing for RECs which was accepted in case of bidding of coal mines in the year 2015. In this mechanism, reverse auction was considered to quote discount in positive value. If discount hits zero value, the bidders were asked to quote additional premium.

Inflated REC price continues to burden the obligated entities who need to make provisions for solar RPO compliance at MTM (mark to market) price. These entities are required to pay high solar REC price that is not in line with the current market price for wind and solar energy.

Experts say that in the present scenario of low RE prices, government must consider a negative price for the RE Certificates and pass on the benefits to the common consumer who has been funding the RE promotion by paying a higher tariff for a decade.