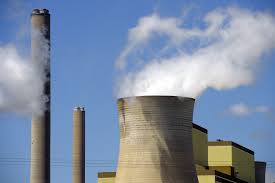 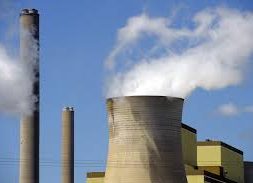 On Monday, the British Met Office recorded the U.K.’s warmest winter day on record. In Chile, January temperatures in the capital city of Santiago beat the previous record by a full degree Celsius. Globally, the last five years were collectively the world’s warmest ever. Ever.

The world is losing the race to curb carbon dioxide emissions. In 2017, output of the gases that contribute to global warming climbed to a record – as did the cost of insuring against natural catastrophes, which reached $350 billion. But a new report from the World Economic Forum, the group that hosts the annual Davos shindig, suggests that there’s an underutilized pool of capital available to help tackle climate change – sovereign wealth funds. According to the Sovereign Wealth Fund Institute, more than 70 national funds control about $8 trillion of assets, with the bulk of their money generated by oil and gas income. Iceland is the latest nation seeking to establish a rainy day fund; it’s planning to set aside $2.5 billion.

But figures compiled by the United Nations Environment Programme in December estimate that in the past three years, SWFs have invested a total of just $11 billion in renewable energy companies, green energy projects and climate-oriented debt, comprising less than 0.2 percent of their total assets. That’s pathetic.

Globally, clean energy investment has topped $300 billion annually for the past five years, according to figures compiled by Bloomberg New Energy Finance. In Europe, investment in technologies from wind power to solar projects increased by 27 percent last year to more than $74 billion. 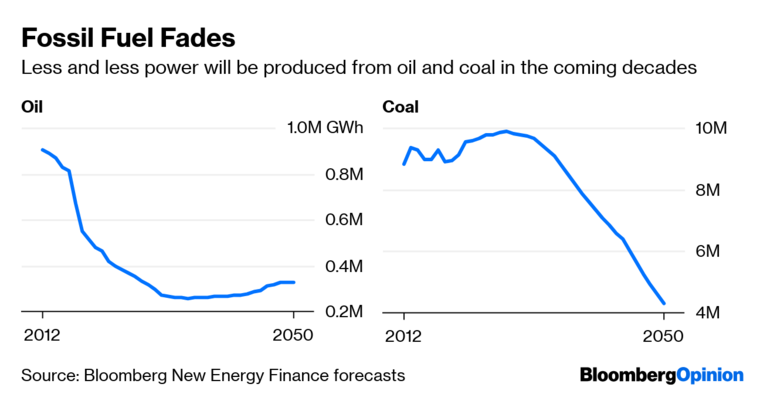 As the world moves away from fossil fuels, many of the nations that have tapped their natural resources to set up sovereign wealth pools risk being left with reserves of oil and gas for which demand is dwindling. The WEF argues that there’s a “structural risk of not acting – namely that a global energy revolution leaves nations stranded and without the resource revenues needed to diversify down the road.” The UN study suggests that sovereign funds have been inhibited from developing greener portfolios because of a reluctance to forgo returns from the oil and gas industries. Norway’s $1 trillion sovereign wealth fund, the world’s biggest, has met with resistance since it proposed dumping all of its oil and gas stocks in 2017, saying that the nation was already vulnerable to oil-price volatility as western Europe’s biggest exporter of crude. A report published in January recommended the Norwegian fund should allocate at least 5 percent of its cash to renewable energy infrastructure projects, arguing that such investments offer long-term growth potential, low correlation to other asset classes, and the prospect of enhanced risk-adjusted returns.

In a similar vein, the WEF study argues that sovereign funds are better placed than other potential investors to finance green energy projects. SWFs are “better equipped to take advantage of environmental, social and governance investment strategies than private counterparts, as they can better afford to wait to see the social as well as financial benefits of such an approach.” They can also take advantage of longer time horizons than private investors, the WEF says. But they risk being late to the party. In November, Carlyle Group Chairman David Rubenstein told a conference in Amsterdam that as more investments are made to address global warming, the returns available will be boosted correspondingly. Around the world, the amount allocated by venture capital and private equity firms to clean energy projects jumped by 127 percent in 2018 to reach $9.2 billion, BNEF calculates. While it may be politically difficult for some countries to wean themselves off their economic reliance on fossil fuels, enlightened self-interest suggests SWFs should do more to support renewable energy. Here’s hoping that they do – for all of our sakes. This column does not necessarily reflect the opinion of the editorial board or Bloomberg LP and its owners.

Mark Gilbert is a Bloomberg Opinion columnist covering asset management. He previously was the London bureau chief for Bloomberg News. He is also the author of “Complicit: How Greed and Collusion Made the Credit Crisis Unstoppable.”