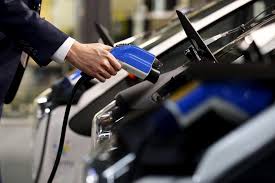 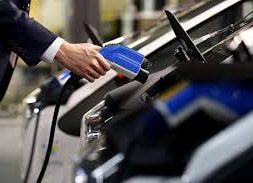 TNBES managing director Dr Ahmad Jaafar Abd Hamid said to date, 14 ChargEV stations have been installed while premises’ owners have yet to approve another 35 potential sites.

Ahmad Jaafar said TNBES is currently finalising the second phase of its collaboration with MGTC through the formation of a special-purpose vehicle company called Tenaga E Mobility Solutions Sdn Bhd, which will expand the potential of the EV charging business and any businesses related to smart mobility moving forward.

At the same event, GSPARX Sdn Bhd, another wholly-owned subsidiary of TNB, inked a supply agreement for renewable energy with Ain Medicare Sdn Bhd (AMSB) and TATI University College (TATIUC) for the installation of solar photovoltaic (PV) systems with a capacity of 3,131.5 kilowatt-peak (kWp) and 999 kWp, respectively.

Chief ventures officer/GSPARX director, Datuk Nor Azman Mufti, said under the agreement, GSPARX will instal solar panels at AMSB’s pharmaceutical factories in Kota Bharu, Kelantan, with a capacity of 2,533.5 kWp and in Kulim, Kedah, with a capacity of 598 kWp.

Within the 25-year duration of the agreement, he said, AMSB would annually generate 3.315 million kilowatt (kWh) energy and enjoy accumulated savings of RM17.7 million.

“As for the agreement with TATIUC, it is for the installation of a solar PV system in TATIUC’s campus in Kemaman, Terengganu. With potential savings of RM6.24 million within 25 years, the solar PV system will generate 1.306 million kWh energy each year,” he said.

Meanwhile, TNB is introducing an innovative product called myGreen+ which provides consumers the option to subscribe to green energy and support the Government’s agenda of generating 20 percent of electricity via renewable energy sources by 2025.

“With the introduction of myGreen+, customers can support green energy from RM8 per month. Customers can also opt to subscribe in blocks of 100 kWh at the rate of eight sen per kWh,” he said.

Megat Jalaluddin said there is neither need for any major investment nor contract to subscribe to myGreen+ and customers can cancel their subscription at any time.

As more and more customers subscribe to myGreen+, he said, the entry of green energy into the electric system will increase, thus reducing the need for fossil fuel-based electricity generation.