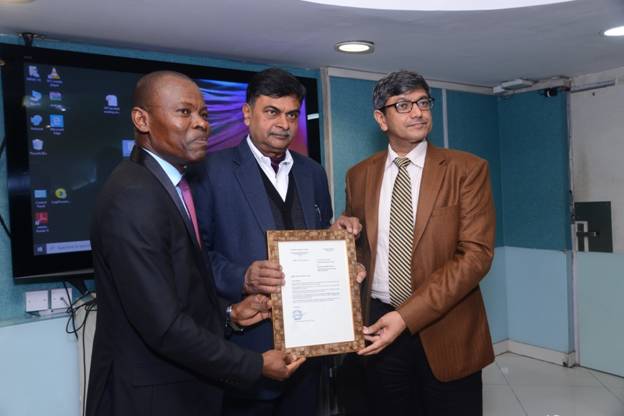 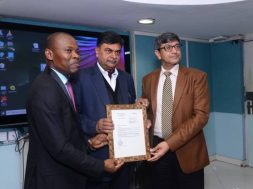 Speaking on the occasion, Shri R K Singh expressed his happiness over the development and stated that RE project offers cheaper power. This resource must be harnessed by ISA member countries as RE makes it possible to supply electricity to people living in far-flung areas through distributed power supply model. He underlined the importance of independent regulators upon stating that under recently evolving model prepaid smart metering helps in smooth billing and collection and the governments need not invest in the projects which developers take care.

Togo is a Country in West Africa and Member of International Solar Alliance (ISA). The country has set an ambitious plan to achieve universal electricity access by 2030 with focus on capacity addition in Solar Power generation. The Country has taken various initiatives to achieve these targets. The Country has been requesting assistance of ISA for development of Solar capacity in the Country.

As per NTPC Proposal, in ISA member Countries where Solar Projects are implemented through competitive bidding, NTPC may act as a project Management Consultant (PMC). NTPC will carry out various activities for selection of Solar Project developers (SPDs) on competitive basis for setting up Projects on ownership basis and enter into Power Purchase Agreement with Government-designated entities. The scope of PMC includes presentations to the concerned ministries and other stakeholders in ISA Countries for structuring of Projects, assistance to bring out enabling policy and regulatory framework for competitive procurement of Solar Power, bid process management for selection of Project developers on competitive basis, structuring PPA, Roof/ Land leasing agreements etc. The PMC charges of NTPC will be recovered from the selected SPDs. NTPC based on the feasibility, may also develop Solar Projects by putting own equity in Countries where Feed in Tariff is in force.

Based on the above, a Letter of Endorsement was given to NTPC for extending PMC services and circulated to all the National Focal Points (NFPs) of ISA Member Countries. There will not be any direct cost implications to the member countries. However, the engagement of NTPC for PMC is the sole discretion of a Member Country.

NFP (National Focal Point) of Togo, based on the endorsement of ISA has sent a communication to DG ISA for engaging NTPC for the PMC services for development of Solar PV Projects/Parks on 70 Hectares of identified land in Dapaong (Dalwak Region: Capacity More than 33 MW) and on 500 Hectares of identified land in Mango (Savanes Region: Capacity About 250 MW). Togo is the first ISA Country to avail the services of NTPC.