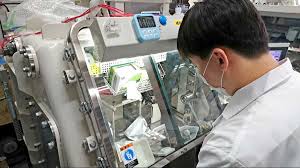 Toyota is working on 1,000km EV battery with Kyoto Uni 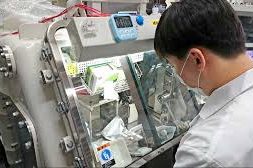 Toyota is working on 1,000km EV battery with Kyoto Uni

Japanese car giant Toyota is working on an electric vehicle battery that it says would allow a car to drive 1,000 km in normal driving conditions.

Last week, Hyundai demonstrated that an unmodified standard spec Kona Electric with 64kWh battery could drive 1,000 kilometres – but only in contrived conditions that limited the speed 30km per hour on average for the entire trip.

Now, according to a report in Asia Nikkei, a team of researchers from Toyota and Kyoto University is making solid strides in developing the next generation battery technology which has the potential to pack much more energy into a small lightweight packaged than today’s standard lithium-ion batteries.

Additionally, the new technology is said to last around 8 times longer than current batteries although it was not clear how many cycles this means.

The team has already developed a prototype of a rechargeable battery, using an anode made of flourine, copper and cobalt and a cathode made mainly of lanthanum, under the direction of Yoshiharu Uchimoto, a professor at Kyoto University.

The researchers at Kyoto university and Toyota chose to test fluoride-ion batteries because of their theoretically significant high-energy-density.

This could lead to do to developments to smaller and lighter batteries with the same range as current lithium-ion cells or with batteries of the same size leading to a significantly increase range.

According to the report, the researchers opted for a solid electrolyte instead of the liquid one that is normally used in lithium ion batteries.

The reason for this is because solid-state batteries are generally much less flammable (and according to this recent research can even be “fireproof”) than current lithium-ion battery chemistries, and are therefore considered significantly safer.

The greatest challenge is that fluoride-ion batteries have so far only worked at high temperatures.

Fluoride-ions are only efficiently conductive if the solid electrolyte is sufficiently heated, making fluoride-ion batteries impractical for many consumer applications.

The high temperatures required also lead to the undesirable effect that the electrodes expand. However, the Kyoto University-Toyota team says that by making them from an alloy of cobalt, nickel and copper, they have figured out a way to stop them from expanding.

The team plans to optimize the materials used in the anode to ensure that the battery can be charged and discharged without loss of capacity.

The news is significant because in the arena of electric mobility, Toyota has done little on pure battery electric cars and is best known for its hybrid vehicles such as the Prius, and it has also invested a significant amount in hydrogen fuel cell technology.

In Australia, Toyota is now selling more hybrid vehicles than ever before. In July, 40% of all vehicles that Toyota sold in Australia were hybrid, including four out of five RAV4 SUVs.

Toyota has previously said it would not sell electric vehicles in Australia in the future because it believes they are too expensive for the local market.

However, rumours of two new electric vehicles that may be forthcoming from Toyota that have been hinted at in patent sketches that were filed in China.

As reported by InsideEVs, the new vehicles would likely be based on the e-TNGA platform.

Like Volkswagen’s MEB platform this is a modular platform that would allow the Japanese carmaker to make electric vehicles with a range of battery sizes and motor output.

According to Automotive News, battery sizes of Toyota’s electric vehicles using the e-TNGA platform would range from 50kWh to 100kWh, and motor output will range from 80 to 150 kW.

It is not clear if the new battery that Tokyo that Toyota is working on with Kyoto University would be used for these vehicles.

However if they are successful in developing the technology for commercial applications we could see Toyota make a significant entry into the electric vehicle market in years to come.