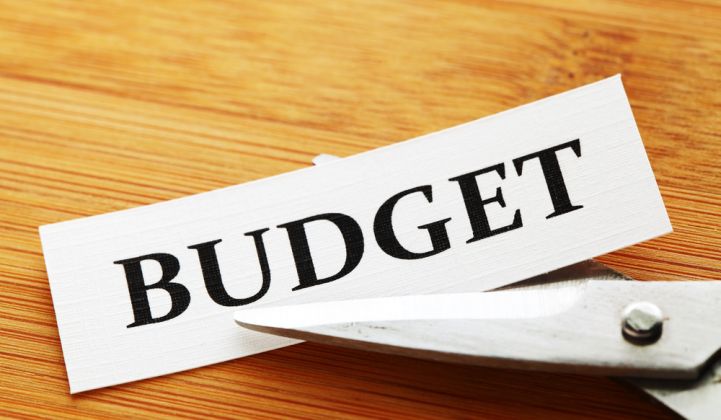 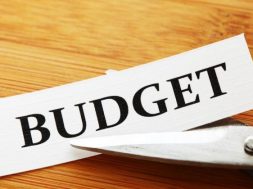 The proposal zeroes out the DOE loan program and ARPA-E budget. An official said funding will focus on “basic science” and clean energy technologies “that make sense to us.”

The Office of Energy Efficiency & Renewable Energy (EERE) would receive $696 million under the request, a significant reduction of the approximately $2.4 billion ultimately approved in the 2019 budget.

The White House proposed similar cuts in last year’s budget request, including the elimination for ARPA-E and the loan program. The latest numbers still need final approval from Congress, which has continued to fund these programs even as the administration has repeatedly asked to slash them.

Still, President Trump’s budget points to his administration’s energy-related priorities. This year the administration highlighted energy and national security along with investments in research and development, especially for new nuclear and fossil technologies, but also for “next-generation” clean energy technologies.

“We’re going to continue to fund those things within EERE that make sense to us as an administration, as we talked about: basic science that moves the ball forward on things like renewable energy, solar in particular, wind in particular, battery storage, we’re going to continue to fund,” said a senior DOE official on a Monday call with reporters. “But as an administration, the President, the Secretary [and] others have determined that this budget should focus on energy security, as well as national security.”

The administration’s total request for DOE sits at $31.7 billion, 11 percent lower than the 2019 budget Congress settled on. That request includes $2.3 billion for early-stage research and development, including a $158 million effort called the Advanced Energy Storage Initiative led by EERE and the Office of Electricity. DOE said the budget was meant to “reprioritize away” from older technologies to focus on “breakthrough technologies.”

In addition to the storage initiative, the budget includes research and development on what the administration calls high-efficiency, low-emissions modular coal plants as well as small, modular nuclear reactors.

“It’s very important that from time to time we take an objective, hard look at where we’re spending our money and determine for the American people is this the right place to put our money,” said a senior DOE official Monday. “What we’re looking for by focusing on some of the early-stage, basic science is the next generation.”

As DOE looks to coal R&D, much of the U.S.’ current generation coal fleet is facing retirement or being used less often. The federal Energy Information Administration in December highlighted a 39-year low in coal consumption.

And though officials underscored their focus on innovation, even repeating an agency refrain that storage is the “holy grail,” they also said the work of ARPA-E is duplicative. Last year, Congress funded that program at $366 million.

“Much of what ARPA-E does is being done by other offices,” said a senior DOE official on the call. DOE said some work at the Offices of Science, Nuclear Energy, Fossil Energy and EERE overlaps with ARPA-E.

The administration also emphasized the need for energy security, proposing that $156 million go to the Office of Cybersecurity, Energy Security and Emergency Response, an office created in 2018. The budget document did not mention any climate-related threats to the grid, however, an issue that utilities such as Pacific Gas & Electric have spotlighted in the wake of devastating wildfires.

While officials recognized “tremendous advancement” in clean energy technologies led in part by DOE programs, they also added that “budgets are about priority, and budgets are also about making difficult choices.” The administration’s 2020 request, which emphasizes early-stage development across energy technologies, aligns with its “all-of-the-above” strategy.

Still, as another official added, “This is our request to Congress. The Congress at the end of the day is going to determine final appropriations.” And Congress has repeatedly chosen to continue funding DOE’s programs specifically geared toward cutting-edge clean energy.