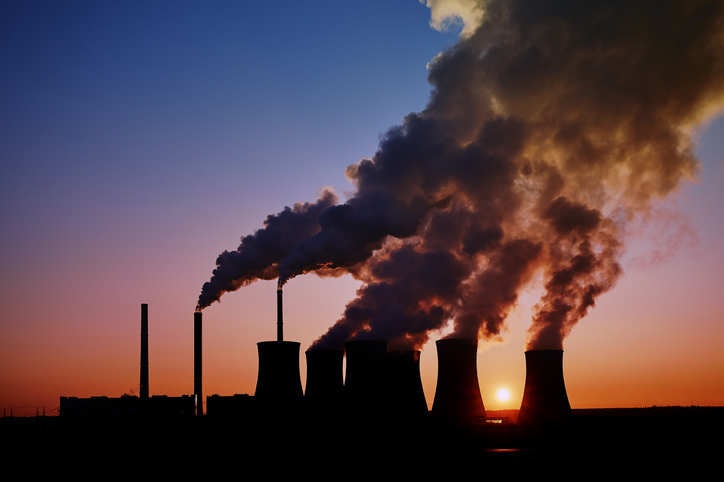 Between 2000 and 2018, its annual carbon emissions nearly tripled, and it now accounts for nearly a third of the world’s total greenhouse gases linked to global warming

Beijing: China’s surprise pledge to slash its carbon footprint to zero by 2060 was met with cautious applause, but fresh spending on coal to rev up a virus-hit economy threatens to nullify its audacious bid to lead the world into a low carbon future.

The fossil fuel has powered China’s economic surge over the last thirty years, and the nation burns about half the coal used globally each year.

Between 2000 and 2018, its annual carbon emissions nearly tripled, and it now accounts for nearly a third of the world’s total greenhouse gases linked to global warming.

Despite pledges to wean the economy off coal with the world’s most ambitious investment in renewables, China’s coal consumption climbed back in June this year to near the peak levels seen in 2013.

That was in part due to a pivot back to coal after geopolitical uncertainty in the Saudi peninsula, China’s main oil supplier.

But the coronavirus, which saw the Chinese economy contract for the first time in 30 years, also opened the taps from government lenders to build new coal plants to revive flatlining provincial economies.

There is a “tension at the heart of China’s energy planning” Li Shuo, senior climate and energy officer at Greenpeace China, told AFP.

It “pits Beijing’s strategic interests against the immediate goals of cash-strapped provincial governments, makes it difficult to walk the talk” on cleaner future.

It is the first time China has announced any plans to become carbon neutral, but so far there have been no details on how the country would rebalance away from fossil fuels.

In the first half of 2020 China approved 23 gigawatts-worth of new coal power projects, more than the previous two years combined, according to Global Energy Monitor (GEM), a San Francisco-based environmental NGO.

“A new fleet of coal plants is in direct contradiction with China’s pledge to peak emissions before 2030,” said Lauri Myllyvirta, China analyst at Centre for Research on Energy and Clean Air.

– Facing both ways – The world’s second largest economy is also positioning itself as the global leader in renewables.

It is already the top global producer and consumer of wind turbines, solar panels and electric vehicles, and Chinese factories make two-thirds of all solar cells installed used worldwide.

“China’s energy policy is like a two-headed beast, with each head trying to run in the opposite direction,” said Greenpeace’s Li.

But the new coal surge is running renewables out of the market because China’s energy distribution system uses Soviet-style quotas, where power suppliers are allocated a monthly supply limit.

The grid quotas pushed local governments to increase the allocation for coal-based power over recent years, and it leave less room on the grid for renewable energy use, even if investment in them is stepped up.

Wind and solar farms have been forced to idle and dozens of new renewable projects have been cancelled since late last year as small private operators struggle to make money.

– ‘White elephants’ – Experts say China’s coal addiction will not be easy to end.

The country already has 400 gigawatts more coal-fired capacity than what is needed to meet peak demand, according to GEM.

“Many facilities are white elephants. Adding new ones would only make them less efficient.”

But the savings are modest: new plants emit just 11 percent less carbon dioxide per kilowatt-hour of power generated compared to the old ones.

The direction of travel for now still points to a energy future dominated by coal.

Renewables are slapped with higher land taxes, interest rates on loans and have lower grid quotas.

Subsidies for onshore wind farms are currently set to end in 2021 — offshore wind farm subsidies ended in March as subsidies for solar were also slashed in half — while investments in clean energy dipped eight percent in 2019, according to data from Bloomberg New Energy Finance.

“Our energy policy needs a serious overhaul — a surgery — because the growth in renewables has hit a glass ceiling,” Li said.

“But reforms have stalled for nearly a decade, because the coal lobby is too powerful.”