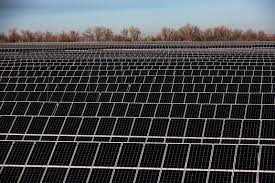 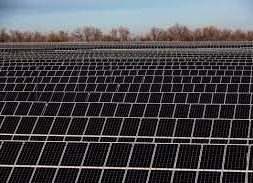 Dubai — UAE clean energy firm Masdar may invest in renewable projects in Israel, its CEO said Oct. 19, as the Gulf country seeks to expand its commercial ties with its partners in a peace agreement.

“If the opportunity is there in Israel, we will jump into this opportunity,” Mohamed al-Ramahi told the Siemens Energy week virtual conference.
He didn’t provide further details.

The UAE, which signed a peace agreement with Israel in Washington on Sept. 15, may cooperate with the Jewish state in the fields of water desalination and solar power as OPEC’s third-largest oil producer seeks to generate 44% of its power from renewable energy by 2050, the country’s energy minister Suhail al-Mazrouei said Sept. 14.

The US, Israel and the UAE have agreed to cooperate in the fields of oil, gas and renewables among other energy sectors following the signing of a peace agreement, the three countries said in a joint statement Oct. 1.

“Israel, the United Arab Emirates, and the United States are committed to exploring collective activities in multilateral settings in coordination with financial institutions and the private sector to enhance international investment in research and development and the rapid adoption of new energy technologies.”

2030 goal
Israel’s energy ministry also announced in June a Shekel 80 billion ($23.6 billion) plan to boost the share of solar energy in the energy mix due to surging energy demand and population growth.

The UAE and Bahrain are two members of the Gulf Cooperation Council that have signed peace deals with Israel, which has two other such pacts with Arab countries Jordan and Egypt, besides the Oslo peace accords with the Palestinians. The GCC also includes Qatar, Oman, Kuwait and Saudi Arabia.

Both the UAE and Bahrain signed on Sept. 15 peace agreements with Israel in Washington and US President Donald Trump expects more Arab countries to normalize ties with the Jewish state.