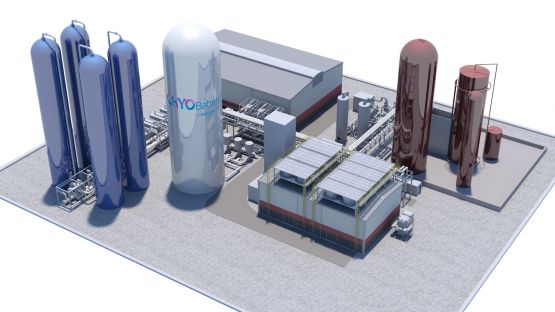 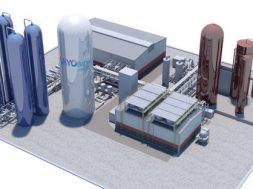 UK-headquartered Highview Power has developed a long-duration technology based on liquid air called the CRYOBattery, and has already begun building large-scale commercial projects.

Details of the UK government’s upcoming £68 million (US$96.12 million) long-duration energy storage innovation competition have been revealed, with an event to provide application support this month.

First announced by the government in an energy white paper published last December, the competition – which forms part of a £1 billion net zero innovation portfolio – is open to technologies that can be deployed at large scale, provide longer-duration storage – which is defined as over four hours – and can provide competitive flexibility services and system benefits.

The application window for the competition is currently open, with a competition event to be held on 17 June. This will be hosted by the Association for Renewable Energy and Clean Technology (REA) on behalf of the Department for Business, Energy and Industrial Strategy (BEIS).

It is hoped this event will support the development of applications and encourage the formulation of consortia. This is because stream one of the competition – with c.£37 million available through grant funding for projects with technology readiness levels that are over six, which would include those at the large scale stage, inactive commissioning, active commissioning and operations – requires applicants to secure matched private investment.

BEIS is considering a phased delivery for stream one, with down-selection after the first phase, mobilisation. A target minimum of three projects would be progressed to phase two, which is build and commission.

Stream two meanwhile has c.£30 million on offer through Small Business Research Initiative (SBRI) contracts, which require risk-sharing. Delivery would be phased, with down-selection after phase one – feasibility – and a target minimum of three projects to be progressed to phase two, being build and commission.

A report released by trade body Scottish Renewables earlier this year highlighted the need for long-duration energy storage, warning that the UK’s climate change targets will not be met without the removal of barriers to long-duration storage.

It suggested a price floor mechanism that would guarantee a minimal level of revenue. It would give confidence to investors with long-duration projects currently unable to attract investment from capital markets, the association suggested.

The same month, a report from the REA detailed how a new market mechanism for longer-duration storage should be created, exploring how the current merchant model presents a “significant barrier” to the development of large-scale longer-duration energy storage projects.

The US government’s Department of Energy (DOE) has also opened a scheme called the “Energy storage grand challenge” offering millions of dollars in funding for potential long-duration storage projects and technologies, which it inaugurated at the beginning of 2020 and followed up towards the end of the year by launching a roadmap outlining cost reduction goals and other metrics the DOE thinks need to be met.

More recently, the DoE has announced its commitment to building a US$75 million long-duration storage research centre in the next five years as well as a US$20 million funding competition aimed at research and development of flow batteries.