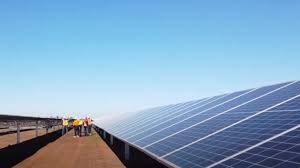 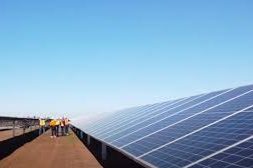 The two solar projects affected are the wholly-owned 175MW Finley solar farm, located in south west NSW in a newly congested part of the grid, and its 90 per cent owned 200MW Sunraysia solar project, which is in the same region but which has also run into technical difficulties and has so far failed to obtain registration from the Australian Energy Market Operator nearly a year after mechanical construction was complete.

n its interim results released late last week, John Laing reported losses of £43 million ($A79 million) from the two solar assets. This follows its write downs of £66 million a year earlier due to changes in marginal loss factors in Australia – a result that led to a decision to cease new investment in wind and solar assets and to try and sell the Australian portfolio.

It adds to the growing number of write-downs and losses on new solar projects from a range of affected parties – contractors, developers and asset owners – due to issues ranging from cost-overruns, delays, commissioning problems, grid congestion and system strength issues. More are now being affected by falling wholesale prices, such as New Energy Solar’s Manildra solar farm, among others.

In the latest period, some £11 million came from transmission issues, presumably Finley, which is among a number of solar assets warned about “material constraints” in the network west of Wagga Wagga due to congestion issues. That suggests that many of the solar assets in the area may also face write downs by their owners.

“This primarily relates to a loss on one of our solar projects as a result of transmission-related issues,” the company says. “Due to the instability of the power system in south-western New South Wales, AEMO imposed a constraint on this network. This limits the flow of power on the main transmission line.”

The losses from Sunraysia make up the rest of the £43 million cited from the two solar farms. “Sunraysia, which is still in construction, experienced technical issues,” it says, adding later that the technical issues are related to “transformers”.

In a presentation to analysts, recently appointed CEO Ben Loomes said some of the issues that have affected the business are the result of “not fully assessing risk return dynamics. A lot of this activity came at a time when investment in renewable energy was becoming more competitive and commoditised.”

John Laing earlier this year put its Australian renewable energy portfolio up for sale after taking the decision not to invest in any new assets. It pulled the two solar assets from the sales process, citing the uncertainty over connections and grid congestion.

Loomes said the company will not be hurried to make a sale. “We have got to make sure each of projects is properly prepared for sale – so we can maximise value,” he said in the presentation. “We will be pursing realisations over the next 1 or 2 years. We are not under pressure to sell any assets ”

But John Laing says the sale process is being affected by the Covid-19 pandemic and changes to Australia Foreign Investment Review Board rules, and the 49.8 per cent owned Granville wind farm being built in Tasmania is being delayed by Covid-19 issues and “weather conditions.” Completion of construction is targeted for the beginning of 2021.

The John Laing accounts also reveal another £50 million in losses from its renewable energy portfolio because of lower prices, although it does not specify the extent of these losses across the individual regions of its US, European or Australian portfolio.

John Laing has contracts in numerous civil works projects across a number of countries, including a hospital in Adelaide and light rail in Sydney, but the problems with its renewables portfolio drove its result to a £95 million loss in the first half.