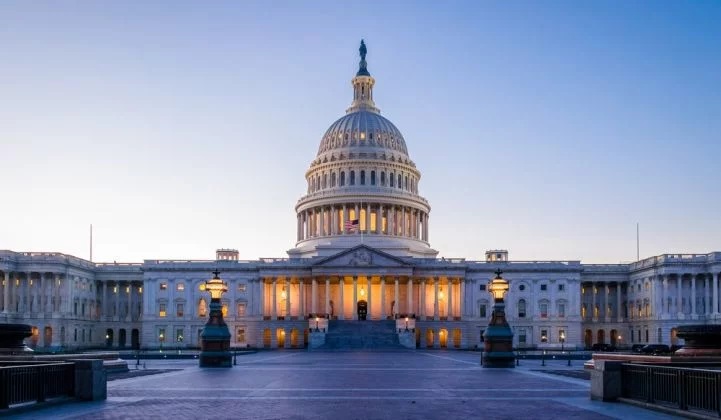 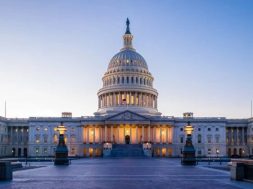 Despite months of intense lobbying, the solar industry comes up empty-handed in end-of-year spending legislation.

After months of lobbying, the clean energy industry secured minimal tax credit extensions in the $1.37 trillion end-of-year deal U.S. lawmakers eked out this week to fund the government in 2020.

Of the possible extensions that may have been stuffed into the spending bill, wind was the only winner, and the industry secured just one extra year of incentives.

If the full deal wins congressional passage, as is expected, wind developers can now qualify for the production tax credit through 2020 — a year longer than anticipated. Developers qualifying projects in 2020 will receive 60 percent of the PTC if they bring those projects online by the end of 2024. Projects qualified in 2019 will still receive only 40 percent of the incentive.

Meanwhile, lawmakers left solar— the industry that most aggressively fought for an extension of its ITC — and electric vehicles out of the deal. Storage, which lawmakers had sought incentives for in legislation like the November GREEN Act, will continue without credits.

Gregory Wetstone, president and CEO at the American Council on Renewable Energy, called the deal “deeply disappointing” and a “squandered opportunity,” in a statement.

“This is not the time to be kicking the climate can down the road,” said Wetstone. “If we’re going to have any chance at reducing greenhouse gas emissions to the level that scientists say is necessary, we need smart policies to accelerate the ongoing transition to a renewable energy economy and a modernized, 21st century grid.”

The solar industry fought hard for a continuation of its credit, which the Solar Energy Industries Association (SEIA) has called the technology’s “most important public policy.” The more-established wind industry, on the other hand, largely appeared content with a phasedown of the production tax credit — until October when the industry began calling for the same incentives solar receives.

In the end, wind emerged with at least a modest victory; though lawmakers on both sides of the aisle have supported clean energy tax credit bills, wind’s lingering dominance in many conservative states may have smoothed the way for its credit extension.

An Investment Tax Credit extension through 2030 would have added 82 gigawatts of solar on top of baseline forecasts, offsetting 363 million metric tons of carbon dioxide over a decade — an amount equal to a fifth of U.S. electricity emissions in 2018 — according to analysis from SEIA and Wood Mackenzie Power & Renewables.

For now, the ITC will phase down to a permanent 10 percent for developer-owned systems in 2022. Though an extension would have fueled growth, its removal will have muted impact on an industry that’s been preparing for its end. Increasingly competitive economics will continue to help solar spread.

“The industry may feel a bit disappointed by the exclusion, but honestly speaking, they weren’t banking on the extension to come through,” said Ravi Manghani, head of solar research at WoodMac. “It puts a damper on holiday spirits, but the industry will come back next year with very little lost.”

In a statement on the decision, SEIA said it would continue its fight in 2020, specifically citing support for energy storage tax credits. Right now, storage can only receive the ITC if it’s attached to solar or another ITC-eligible project.

Elsewhere in the spending package, lawmakers laid out $38.6 billion for the Department of Energy in fiscal year 2020, an increase of $2.9 billion over 2019. Legislators increased the budget for the Advanced Research Projects Agency – Energy by $59 million, to $425 million, and included $250 million for programs to buoy advanced nuclear reactors.