Despite some daring investors with new ideas, and a growing trend of corporate-backed incubators, funding from venture capitalists for cleantech still looks pretty gloomy compared to the heyday of the cleantech VC funding boom. That’s the main finding of a new report published Tuesday by the Brookings Institution, where researchers took a comprehensive look at a Silicon Valley funding phenomenon that doesn’t appear to be reviving in a significant way any time soon. It’s a worrying takeaway, given that new clean technologies are expected to play an important role in fighting climate change and moving the U.S. off of using fossil fuels, and need financial support to get there. Last month, Brookings also found that the number of U.S. patents granted for clean technologies dropped over the past couple of years after more than a decade of growth.

The Brookings’ report out this week found that venture capital funding for cleantech, which includes sectors like solar, energy storage and smart grid, dropped by 30 percent between 2011 and 2016. The number of venture capital cleantech deals also declined from 649 in 2011 to 455 in 2016, the report said. Last year only 7.6 percent of venture capital deals were in cleantech. In comparison, about half of all venture capital investments went to software across sectors. The decline isn’t the only worrisome metric for cleantech, the report found. The VC funding that is still available for cleantech is going to companies in highly concentrated regions, only in certain sectors and almost all to later stage companies.

Not surprisingly the riskiest and earliest stage clean technologies and companies just aren’t getting funded by venture capitalists anymore, the report said. That could actually be both a good and a bad thing. No one wants to see overzealous investors burning piles of money on technologies that they can’t support, jeopardizing their own fundraising capabilities. VC’s spent $25 billion between 2006 and 2011 on cleantech startups and half of that amount was lost. Underlying the data, the report argues that the removal of VC funding for cleantech is yet another reason why the U.S. needs more funding methods — like from corporates, philanthropy and government programs — to step in.

Yet government programs aren’t likely to get a boost in the next few years. Instead, the federal government under the Trump administration sought to cut funding for the Department of Energy’s ARPA-E program, which gives grants to high-risk early-stage energy projects. The administration could also sideline the DOE’s loan program. Interest from corporate investors is growing, but there’s little evidence that corporations are making big returns off of these investments. Instead, many companies are using incubators and VC arms to track innovation and learn about the rapidly changing tech world.

At the end of the day, growth in VC funding for cleantech just doesn’t appear likely to rise to the heights it once achieved. And that may be okay. As Brookings Institution Senior Fellow Mark Muro explained in an email interview, “we shouldn’t give up on [cleantech] VC, but we should know what it’s strengths and weaknesses are, and work harder to develop an appropriate, diverse financial ecosystem for commercializing great [clean]tech and ultimately scaling it.” 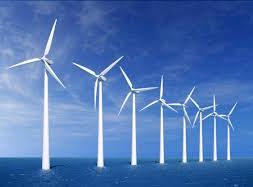