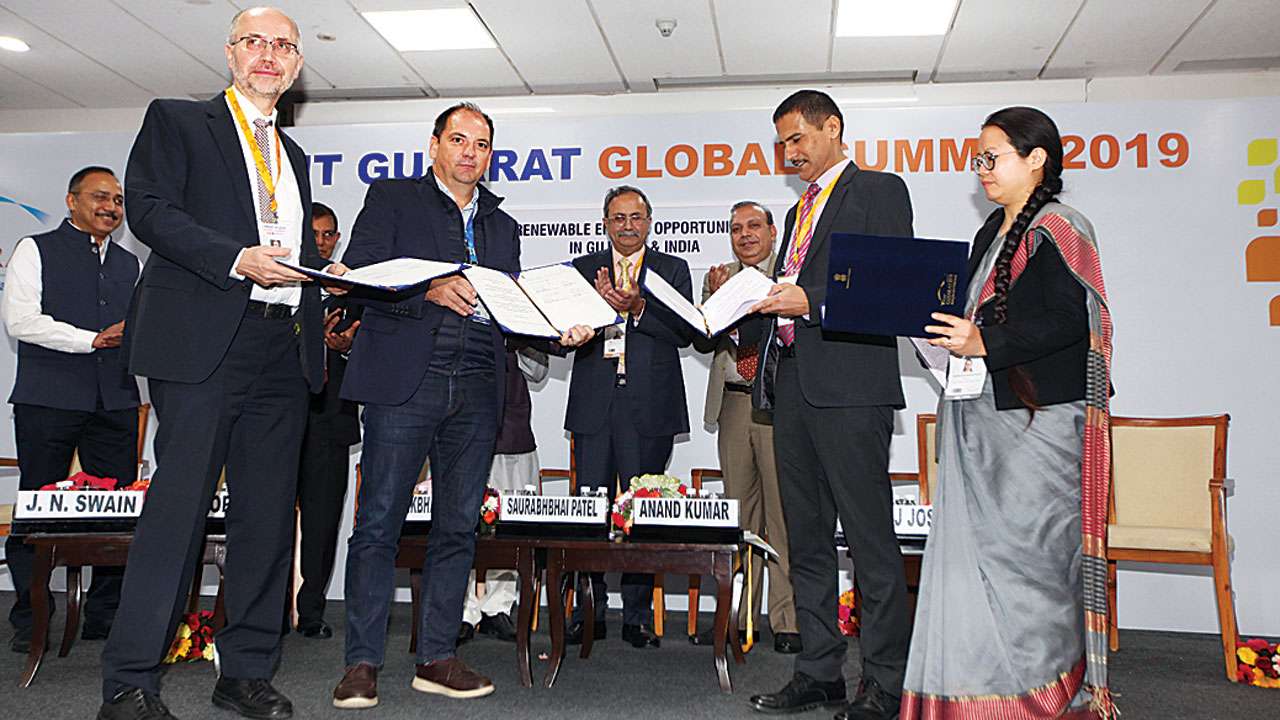 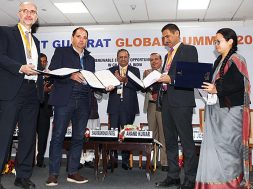 MoUs proposing investment of more than Rs 1 lakh crore were signed in the renewable energy space on the final day of the Vibrant Gujarat Summit (VGS) on Sunday. The Memorandums of Understanding would create more than 10,000 jobs upon completion, which is expected by 2020 and 2021, said officials.

The Solar Energy Corporation of India (SECI) signed MoU with Gujarat Power Company for setting up a 1,000 MW offshore wind power project at Pipavav with an investment of Rs 15,000 crore.

The Dholera SIR Development Authority signed MoU with Gujarat Power Company for a 1,000 MW solar power project at an estimated investment of Rs 5,000 crore, and another for a 4,000 MW plant with SECI. The MoU would involve approximate investment of Rs 20,000 crore.

These projects were a part of the Rs 10,000 crore investment commitment made by Torrent group chairman Sudhir Mehta at the inaugural session of Vibrant Gujarat Summit, said a senior official.

The state government’s power transmission arm GETCO signed MoU to invest Rs2,190 crore for setting up transmission network and sub-stations in the state.