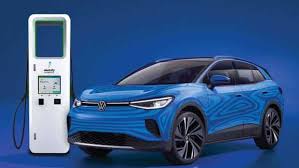 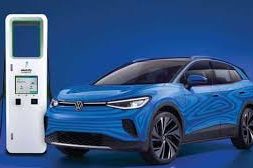 Volkswagen has announced an agreement with Electrify America to provide owners of the all-new 2021 Volkswagen ID.4 electric SUV with three years of unlimited charging sessions on the nation’s largest open DC fast charging network at no additional cost to the vehicle’s purchase price.

To increase range confidence, Volkswagen will provide ID.4 electric SUV customers, who lease or purchase the electric SUV, with access to Electrify America’s more than 470 charging stations and over 2,000 DC fast chargers, including a newly completed cross-country route to take electric vehicle (EV) drivers from Washington DC to Los Angeles.

Electrify America is currently the only open, public charging network to offer chargers with power levels up to 350 kilowatts. Across the country, 96 percent of the population live within 120 miles of an Electrify America charger.

Delivering on Electrify America’s commitment to seamless and convenient charging, Volkswagen customers will be able to manage their charging plan through an app provided by Electrify America.

“With a relentless commitment to driving the electric vehicle industry forward, Electrify America opened DC fast-charging stations at an accelerated pace of 1.2 per business day in 2019,” said Giovanni Palazzo, president and chief executive officer of Electrify America. “As more and more electric vehicles are introduced to the market, and consumer interest grows, we are excited to announce this agreement with Volkswagen to deliver fast and accessible charging to ID.4 customers and a new wave of EV adopters.”

“The ID.4 was engineered, loaded and priced to win the hearts of SUV owners who are simply ready to go electric—and fall in love with Volkswagen again,” said Scott Keogh, CEO, Volkswagen Group of America. “By adding three years of fast charging at no additional cost through Electrify America, we are eliminating all barriers for mainstream compact SUV buyers to go electric.”

To meet current and future demand, Electrify America continues to expand rapidly, with plans to install or have under development approximately 800 total charging stations with about 3,500 DC fast chargers by December 2021.

Volkswagen is all set to globally launch the ID.4 electric SUV, the first electric compact SUV from the German car giant. The carmaker has announced that the global launch will take place on September 23 through digital platform.

The ID.4 electric SUV will have a range of up to 500 kilometres. The Volkswagen ID.4 is the second model of the ID family and, like the ID.3, will use the German group’s modular platform for electric vehicles MEB.