The former Greensmith is leaning hard into fast-moving international markets.

Greensmith burst onto the scene as an early storage integrator, capable of making disparate technologies work well with new batteries.

Months after it delivered a 20-megawatt system in four months for the Aliso Canyon gas leak response, it joined the wave of U.S. storage startups getting picked up by European energy giants in 2017.

Now the startup has melded with its new patron, the Finnish engine and marine propulsion firm Wärtsilä. Founder John Jung bowed out early this year, as his brand transformed into the Energy Storage, Solar and Integration division of Wärtsilä.

Andy Tang, leader of Greensmith’s business development for the last five years, took over as the VP of that vertical. Earlier in his career, Tang captained Pacific Gas & Electric’s smart meter rollout and other distributed energy programs.

Some global energy companies sprawl over so many products and services that a storage startup has little chance of standing out. Greensmith and Wärtsilä, though, share several key strategic attitudes.

They both specialize in fast-ramping power. Wärtsilä did it with reciprocating engines, which beat conventional gas turbines to the punch. Greensmith’s batteries react even faster, though they cannot run indefinitely.

The companies share the same sales strategy: They sell to utilities, independent power producers (IPPs) and large industrials, and avoid owning and operating, which could come across as competing with their customers.

Lastly, the two align on long-term mission. Shortly after acquiring the storage enterprise, Wärtsilä unveiled a global decarbonization strategy that banks heavily on battery storage combined with renewables, and transitioning its engines to run on synthetic biofuels.

Dialing up a global rolodex
The first thing Tang said about his corporate parent was that it has massive global reach. Wärtsilä has installed thermal power plants totaling 68 gigawatts in 177 countries.

“We have relationships with utilities and IPPs in all of those countries,” he noted.

Wärtsilä also maintains regional engineering, procurement and construction capabilities, which allows the former Greensmith to offer full turnkey battery projects. As a startup, it had to partner with EPCs to build projects, surrendering some margin in the process.

“In 2016, that was fine, but the world changed,” Tang said. “Our ability to have this in-house and essentially capture that margin in order to maintain aggressive pricing is critical.”

This tag-teaming on customer relationships and construction abilities has produced two completed projects thus far: a 6-megawatt system in Budapest, Hungary last year, and a 6-megawatt project on the Caribbean island of Bonaire, which is currently in the commissioning stage. A 2.5-megawatt system for Singapore Power and the Energy Market Authority is in the works, too.

Those collaborations are unusually small when compared to Greensmith’s earlier work, although it’s not like Singapore’s small island grid needs 20 megawatts to keep things balanced. Plus, larger international deals are on the way, Tang added. But he didn’t want to divulge exactly where he plans to make his money.

Tang did say that he prioritized markets where customers want batteries immediately, as opposed to many U.S. procurements that call for online dates in the early 2020s.

He’ll also be looking at markets at or approaching the threshold of 20 percent solar penetration, at which point curtailment and grid issues create business opportunities for storage.

That makes Australia an attractive target, and the company has assembled a “really robust” pipeline there, Tang said.

That market, especially renewables-rich South Australia, is on the verge of a battery boom (as detailed in a recent Storage Plus column for GTM Squared subscribers). However, projects built thus far have relied on government support, and a difficult interconnection process poses an obstacle to development, too.

Wärtsilä has special access to two more markets: the semi-captive audience of Wärtsilä reciprocating engine customers who stand to benefit from retrofitting storage, and the customers who don’t need storage but see their land and interconnection as an opportunity to make money with a battery asset.

Those are markets Tang will surely want to tap. 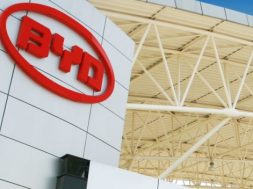 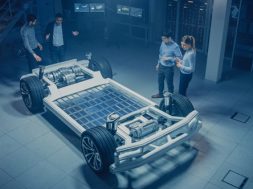 Leybold supports manufacturers in the development of battery technologies