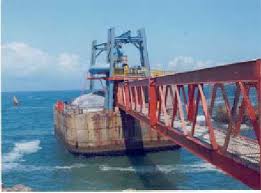 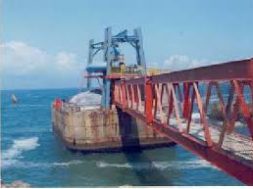 A one Mega Watt wave-to-energy plant is to be implemented by Agency for New and Renewable Energy Research and Technology (ANERT) to tap the power of waves off the Vizhinjam coast.

Coming three decades after the country’s maiden wave-to-energy project was piloted at Vizhinjam by Department of Ocean Development, the proposed project was conceptualised and developed by a US-based firm named M/S Oscilla Power Inc.

Extensive laboratory tests were conducted at universities in the US that paved the way for the sea trial of the proposed project three km off the upcoming Vizhinjam international deepwater seaport.

Besides Ministry of New and Renewable Energy (MNRE), Kerala State Electricity Board, IIT Madras, National Institute of Ocean Technology (NIOT), and a host of other institutions are supporting the venture that is expected to cost ₹15 to ₹20 crore.

Vizhinjam was selected for installing the first prototype in 1991 following studies carried out to gauge wave power off Indian coast.

Jayakumar, who was also behind the execution of the earlier project under IIT Madras’s Department of Ocean Engineering, has been nominated by the government as the principal investigator for the proposed wave-energy project.

Unlike the earlier pilot plant, which was a 150kW fixed oscillating water column device installed at 10m water depth, the proposed plant will be a floating one at 40 to 50 m water depth.

The project is expected to be commissioned in two years. “The device will be tethered to the sea bed and the power generated will be evacuated through a submarine cable to the shore. The active device, which will float in the water, will be the first of its type in the country,” Dr. Jayakumar, who is also the MD and CEO of Vizhinjam International Seaport Ltd, told The Hindu.

Wave energy has a lot of potential, as oceans cover 71% of the Earth.

Harnessing wave energy does not emit any harmful gases and it is renewable with high potential.

For every meter of wave along the shore, the energy density is between 20 kW and 30 kW.

As it is in the nascent stage, costs of wave power are still fairly high and the energy devices require regular maintenance.