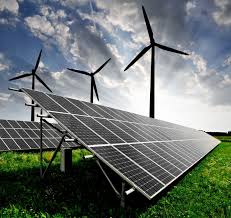 This report shows evidence that wind and solar have quickly increased to become a major source of electricity in most countries in the world, and are successfully reducing coal burn throughout the world.

The global electricity transition is off-track for 1.5 degrees. Coal needs to fall by 13% every year this decade, and even in the face of a global pandemic coal generation has only reduced 8% in the first half of 2020. The IPCC’s 1.5 degree scenarios show coal needs to fall to just 6% of global generation by 2030, from 33% in H1-2020. The IPCC shows in all scenarios most of coal’s replacement is with wind and solar.

“Countries across the world are now on the same path – building wind turbines and solar panels to replace electricity from coal and gas-fired power plants.

But to keep a chance of limiting climate change to 1.5 degrees, coal generation needs to fall by 13% every year this decade.

The fact that, during a global pandemic, coal generation has still only fallen by 8% shows just how far off-track we still are.

We have the solution, it’s working, it’s just not happening fast enough.”

tags: Wind and Solar
0
previous Apollo to acquire stake in renewable energy developer US Wind for $265 million
next YOLO. So Give That ETF a Snappy Ticker