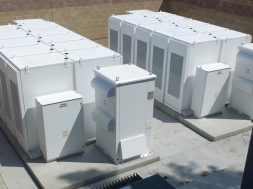 The U.S. energy storage market is expected to more than double in 2019, according to a March report from Wood Mackenzie and the Energy Storage Association (ESA).

Report authors forecasted a deployment of 1,681 MWh this year, up from 777 MWh in 2018. And while the deployment of storage does not appear to slow down any time soon, industry stakeholders are working on a framework to provide more monetary incentives for deployment.

“One of the things that’s definitely happening in the industry is value stacking. Your batteries can not only just provide for one use-case application or for just one revenue stream, but vendors are trying to build systems where they can actually use a particular battery system for several use-case scenarios and can derive several value streams out of it,” Gupta said Thursday.

She specified that residential behind-the-meter (BTM) battery systems do not only provide resiliency and backup power for their respective owner, they also provide grid services. Utilities will compensate customers for allowing them to tap into their home battery system or participating in demand response programs, Gupta added.

“A lot of those models are currently being developed. It’s still a matter of time that the industry figures out a way that they can actually value stack different revenue streams. As the industry matures, we will definitely see the market moving toward that,” she said.

States are beginning to act, too.

In January 2018, the California Public Utilities Commission (CPUC) approved new market rules for energy storage aimed at enabling the resources to stack incremental value and revenue streams through the delivery of multiple services to the wholesale market, distribution grid, transmission system and other venues.

In the order, the CPUC acknowledged that current market rules, including utility standard contracts and program tariffs, fail to support the ability of an energy resource to access more than one service.

“The industry knows that it has all those revenue streams, but it’s hard to tap into them,” Gupta said.

A 2015 Rocky Mountain Institute paper on battery energy storage economics found that the technology can provide more than a dozen grid services.

“A formal process to study those 13 services could help identify and quantify use cases for the distribution system that have instant value to utilities,” Sonnen’s Backa told Utility Dive last year. “Instead of seeing storage as a limitation, utilities might see it as part of a new business model built around revenue sharing with end users.”