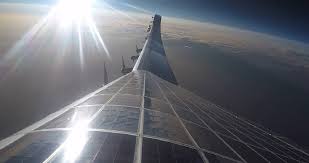 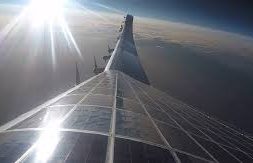 Airborne cell towers can cover a greater geographic area than terrestrial ones and be moved to areas that need a signal. A huge fixed-winged solar-powered drone, the Sunglider, will act as a mobile cell tower, after a successful LTE test which is a world’s first. The test is an important stage on the way to the creation of a green aircraft that can provide high-speed internet anywhere in the world.

Google’s parent company Alphabet and Japanese tech giant SoftBank’s HAPSMobile succeeded in running a stable LTE connection from a solar-powered drone 62,000 feet high in the stratosphere (the second major layer of Earth’s atmosphere). It was a good enough connection to support an international video call, with participants from Japan and America, including Vint Cerf, one of the “fathers of the internet.” Participants called in on regular smartphones, and HAPSMobile claims the call was “high-definition” and “low-latency,” though it did not provide details of connection speeds.

The Sunglider is an enormous autonomous solar-powered drone designed to stay aloft for months at a time. This huge craft looks like a single massive wing, some 78 meters (255 feet) across. It’s powered by 10 propellers with a top speed of 110 km/h (68 mph). While that’s pretty slow for an aircraft, the Sunglider (previously called the HAWK30) is designed for endurance rather than speed. It will linger high in the stratosphere above commercial flights, recharging its batteries from the sun and autonomously adjusting to the changing winds, according to theverge.com.

“The payload performed as planned in the demanding conditions of the stratosphere where wind speeds reached greater than 58 knots (approximately 30 meters per second) and temperatures were as low as -73 degrees Celsius,” said HAPSMobile.

The test is part of a partnership between Alphabet’s Loon and SoftBank’s HAPSMobile that was first announced in April 2019. Loon, which is best known for its balloon-based cell towers, provides the communications payload, while HAPSMobile builds the aircraft.