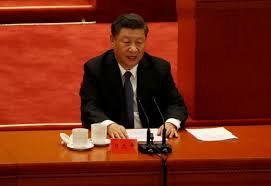 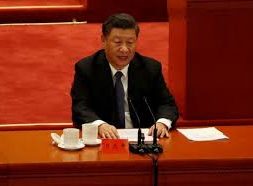 Policymakers are under pressure to include radical climate targets in the new 2021-2025 “five-year plan”, with the COVID-hit economy weighing on their decisions

Policymakers are under pressure to include radical climate targets in the new 2021-2025 “five-year plan”, with the COVID-hit economy weighing on their decisions.

Government departments drawing up the document were scheduled to complete the first draft by April, but Xi’s announcement to the United Nations that the country will offset all its emissions within 40 years meant they must integrate the new climate goals.

Xie Zhenhua, formerly China’s top climate official and now advisor to the environment ministry, told Reuters that while the new targets were “based on ample research and calculation”, everyone would now have to make adjustments.

Before September, few expected China to promise more ambitious curbs on climate-warming greenhouse gases over the next five years, with policy documents signalling Beijing’s intent to make energy security and the economy its top priorities. It was also expected to go on a new coal-fired power construction spree, but government scholars have been forced to revise their old drafts.

“The understanding is that there is no time to waste if China is to achieve carbon neutrality by 2060.”

Experts say China needs to bring the share of coal in its total energy mix from 58% last year to less than 50% by 2025, and provide enhanced support for technology like carbon capture.

It could start by setting an absolute emissions cap for the first time, said Zou Ji, head of the Energy Foundation China, which has been involved in five-year plan research.

“Our recommendation is to establish a target to control total carbon emissions (by 2025),” he said at a conference last week.

NOT A “SIDE ISSUE”

Since 2019, China made energy security a major priority, with the government supporting an increase in fossil fuel output and reviving coal-fired power projects.

Beijing also bet on new infrastructure to drive its economic recovery, and official data showed a spike in demand for energy-intensive products like steel and cement.

But China now has to rethink its plans, government researchers said.

He Jiankun, vice director of the National Expert Committee on Climate Change, said Beijing must cap emissions and even achieve “negative growth” in coal consumption by 2025.

China would need to stop building and financing all new coal-fired plants, Zou said, a move that would affect 300 GW now in the pipeline.

In comments circulated on social media, Li Tianxiao of the Development Research Center, a cabinet think tank, predicted China would need to double wind and solar capacity to around 500 GW each by 2025.

China has little time to spare. Consultancy Wood Mackenzie said solar, wind and storage capacities would have to rise 11 times by 2050, while coal-fired power must halve.

“The most challenging part of the shift is not the investment or magnitude of renewable capacity additions but the social transition that comes with it,” said Wood Mackenzie analyst Prakash Sharma.

“Climate will never be a side issue,” he said. “Its position is much, much higher than before.”