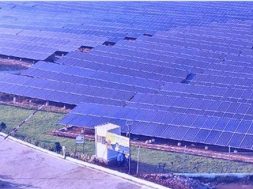 In a move to curb carbon dioxide emissions and reduce the burden on conventional energy resources, a 1.11 MWp solar plant was installed at the Sanjay Gandhi Post-graduate Institute of Medical Sciences (SGPGI) here on Wednesday.

The solar plant will help reducing 1,440 tonnes of carbon dioxide (CO2), which is equivalent to planting 33,855 full grown trees, besides saving Rs 60 lakh per year, a statement said.

It is expected to generate 15,29,000 kilowatt hours (kWh) of electricity per annum, it added.

Installed by the private sector CleanMax Solar, the project was inaugurated by the Uttar Pradesh Minister of Technical and Medical Education Ashutosh Tandon.

The SGPGI will source around 5-10 per cent of their power requirement through solar energy.

The project was part of the Solar Energy Corporation of India’s (SECI) 500 MW program to generate solar power through rooftop plants set up on government buildings.

Under the program, CleanMax Solar was awarded 19.5 MW of capacity across six states, of which 4.5 MW is in Uttar Pradesh.

0
0   0
previous Power Watch: Thermal Generation Declined in January 2019, Power Demand Met by Hydro and Renewables
next No bids for Gujarat solar auction due to low tariff