Silicon wafer manufacturer 1366 Technologies (“1366”) and Wacker Chemie AG recently announced that they have formed a long-term strategic partnership that is expected to accelerate growth and create lasting value for both companies in the solar industry. The partnership strategically aligns one of solar’s most promising innovators as it readies for large scale manufacturing with the world’s leading supplier and industrial scale producer of high-purity polysilicon.

The partnership entails the following:

Silicon Supply Agreement: Under the terms of the partnership, Wacker will provide 1366, at competitive terms and conditions, with the majority of the polysilicon it needs for its planned commercial manufacturing plant and future expansions. The agreement guarantees access to high quality materials for the new factory and provides 1366 with a significant advantage as it shifts to commercial manufacturing. The agreement also rounds out 1366’s supply chain in advance of its factory open, adding a strong supplier partnership to its alliances. In April, 1366 also announced it will provide Hanwha Q Cells, the largest buyer of multi-Si wafers on the planet, with 700 MW of wafer product made using the Direct Wafer® process.

Equity Investment: Wacker will invest $15 million in 1366 as an extension of the Company’s Series C financing. The resources will be allocated towards the working capital necessary for the plant, specifically for the prepayment of 1366’s initial silicon needs.Technical Collaboration: The partnership will also initiate a close technical collaboration between the two companies during which 1366 will benefit from Wacker’s silicon know-how, as well as its facility design, engineering and construction expertise.“We see the potential for the Direct Wafer technology to provide an excellent contribution to accelerate global solar adoption. 1366 has developed a commercially valid answer to a long-time manufacturing challenge. We’re eager to add our high quality products and bring our expertise to the effort,” said Ewald Schindlbeck, President, Wacker Polysilicon.

“Commercial traction is gained when technical success and financial support are established within the industry. This partnership with the world’s most technically advanced silicon provider clearly demonstrates market acceptance for the Direct Wafer technology. Wacker’s silicon is the best in the industry and has been a crucial competitive edge for Wacker’s customers. It will do the same for 1366,” said Frank van Mierlo, CEO, 1366 Technologies.1366’s Direct Wafer technology is a transformative manufacturing process that offers significant advantages over traditional ingot-based production technologies. The process makes wafers in a single step, pulling them directly from molten silicon instead of today’s multi-step, energy- and capital-intensive approach, resulting in significant wafer production cost savings. 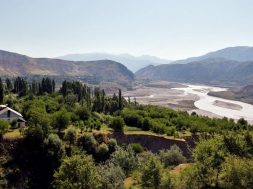