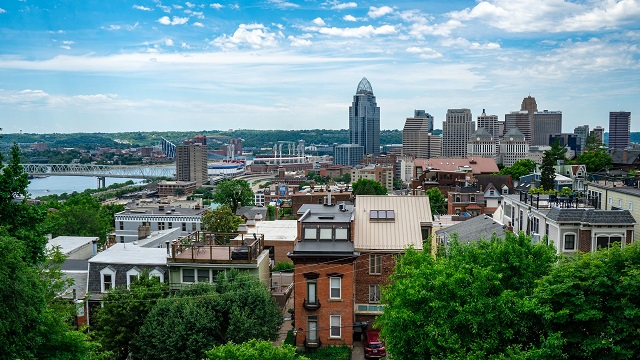 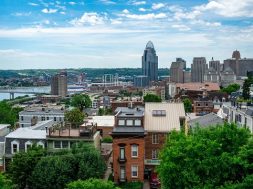 Shortly after entering office, President Joe Biden set a climate goal of achieving a 100% clean energy economy and net-zero emissions in the United States no later than 2050. In doing so, he aims to direct 40% of the overall benefits of certain federal climate investments to disadvantaged communities. This is known as the Justice40 Initiative. Now, two years later, has there been any substantive progress?

The ambitious initiative prioritizes an “environmental justice” agenda by the Biden administration that’s focused on “the fair treatment and meaningful involvement of all people regardless of race, color, national origin, or income with respect to the development, implementation and enforcement of environmental laws, regulations and policies.”

The Justice40 Initiative recognizes that while the climate and energy goals can’t be accomplished without the contribution and participation of all communities, the climate crisis does not impact all communities equally. Historically marginalized, low-income, Indigenous and communities of color live with more climate burden as a result of systematic racism. Frontline communities and environmental justice advocates have worked for decades to elevate how their neighborhoods bore the brunt of bad policy decisions resulting in health, education, economic and environmental inequities. The Environmental Protection Agency has documented the disproportionate pollution burden on their communities despite contributing the least to the climate crisis.

For example, large scale transitions in U.S. history — from the industrial revolution to the Interstate Highway System — have come at great expense to vulnerable, underserved and disadvantaged communities who suffered harmful health and economic impacts from increased pollution. Many of those communities still see these effects, and some have been exacerbated further by climate change.

Justice40 not only aims to address historical inequities and injustices, but also encourages economic opportunity for these communities. Specific investments covered by the initiative include climate change, clean energy and energy efficiency, clean transit, affordable and sustainable housing, training and workforce development, remediation and reduction of legacy pollution, and the development of critical clean water and wastewater infrastructure.

Two years into its implementation we look at this ambitious and comprehensive plan that aims to transform underserved communities.

WHEJAC brings together an esteemed group of environmental justice leaders, elders, researchers, and experts with lived experience from frontline communities across the country. Since its formation in March of 2021, WHEJAC has held virtual and hybrid public meetings to gather and report feedback to the CEQ and the White House that highlights cross-cutting agency recommendations on public engagement, grants and funding, proposed infrastructure projects, accountability, and incentive structures, as well as specific guidance for individual agencies.

Progress from the Justice40 Initiative

In the last two years, several provisions that are outlined in the Justice40 Initiative have been completed. The vast majority of the work is in the infrastructure and framework to ensure environmental justice programs are properly identified and supported.

A significant accomplishment is the number of agency programs announced that comply with the Justice40 Initiative. To date, 16 agencies have identified over 400 programs that will provide climate investments to frontline communities. This includes programs and investments contained in landmark legislation such as the Inflation Reduction Act, and the Bipartisan Infrastructure Law. The latest announcement by EPA will send $100 million to states, local governments and community organizations to encourage partnerships and collaborations on projects that address local public health and environmental issues.

The Climate and Economic Justice Screening Tool was created with input from the WHEJAC and extensive public comment. It’s a publicly accessible web-based set of interactive maps, and data that can identify over 27,000 communities, including Federally Recognized Tribes and Alaska Native Villages, that meet criteria for being considered as disadvantaged under the Justice40 interim definition. The first version of the tool was delivered a few months late, but it’s designed to be updated as new data becomes available.

To initiate action across agencies, CEQ in consultation with WHEJC and others, issued interim implementation guidance as a blueprint of actions, and recommendations to demonstrate how to reorganize agency processes, programs and operations. It includes an interim definition of disadvantaged communities, examples of benefits to communities from Justice40 covered programs, and guidance for reporting and calculating program benefits. Agencies responded by examining their operations and in some cases, developing specific outcomes for Justice40 or equity focused priorities that support Justice40.

Agency Approaches to the Justice40 Initiative

Although this is not an exhaustive list of Executive Order 14008 accomplishments, it should be viewed as an indication of the intent to systematically approach implementation of a whole-of-government environmental justice agenda.

A Status Check on Community Awareness

After the Bipartisan Infrastructure Law — which includes historic investments to address legacy pollution — and the Inflation Reduction Act — which has an estimated $60 billion directed to advance environmental justice — passed, the administration in collaboration with environmental justice organizations, held public outreach sessions through webinars and conferences to help inform communities about the pipeline of investments. Are communities ready and what are they expecting from an all-of-government Justice40 Initiative approach?

Several studies, including a survey from World Resources Institute and Data for Progress, show that more work is needed to strengthen communication and partnerships that can translate to action between the government and communities.

In 2021, WE ACT for Environmental Justice and Green Latinos led a survey to understand how Black and Brown communities think about the issues of climate change, environmental justice and the policies to address them. Their study found that those frontline communities understood “the inherent link between climate change solutions and economic benefits” in marginalized, underserved communities disproportionately burdened by pollution. A recent study on Americans’ support for federal climate justice goals and policies by the Yale Program on Climate Change Communication found that nearly 70% of Americans support increasing environmental justice funding.

At the start of this year, Data for Progress, working in collaboration with the WRI, surveyed over 1,200 likely voters to better understand the public saliency of the Justice40 Initiative. Overwhelmingly, with more than 75% of the respondents in agreement, environmental justice was identified as an important consideration for lawmakers when creating environmental laws.

While the Justice40 Initiative is unfamiliar to the public, after reading a description of Justice40, respondents support ensuring disadvantaged communities receive 40% of the overall benefits of federal climate investments by a +21-point margin.

Of those surveyed, 85% had not read or heard any details about the Justice40 Initiative but 54% supported the concept. Even with this level of support, the administration should rededicate itself and its resources to broaden the level of public awareness and understanding of Justice40 to enhance and strengthen the ability of communities to be meaningfully engaged with projects intended to deliver specific benefits.

Accomplishing the Justice40 goals requires the participation of those affected by these policies — a tenant of participatory justice which helps address environmental injustices. 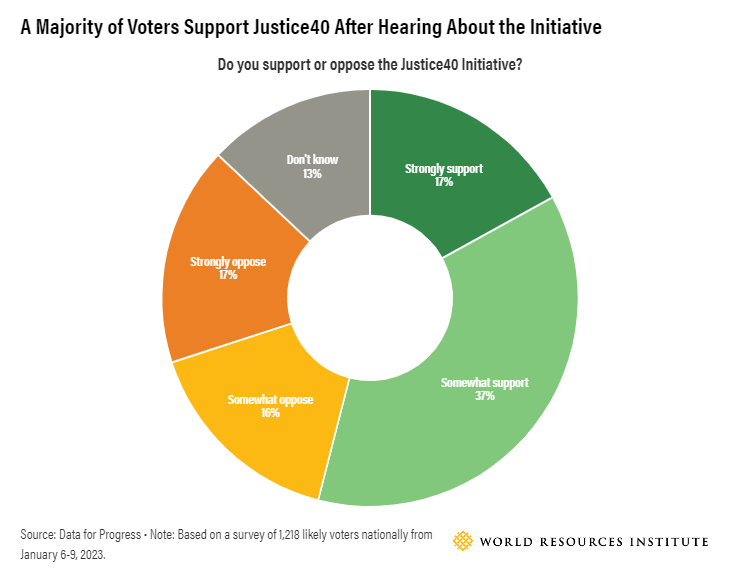 In most cases, funding for Justice40 will flow through multiple government jurisdiction processes. Who will communities turn to should those benefits not be realized? When asked about which jurisdictional level they trusted to deliver Justice40 benefits in a timely, transparent, and impartial manner, respondents indicated slightly more trust (32%) in local government to deliver on these goals than the state (27%) or federal government (21%).

This may be an opportunity for the administration to strengthen ties across jurisdictions but also reach into communities to shore up partnerships with the end user of these new economic and climate policies.

In this next year of Justice40 Initiative implementation, finalizing the remaining provisions of its structure, mechanics and addressing other areas of concern may help successfully deliver long needed investment and climate benefits to communities on the front lines of the climate crisis. Here’s a list of initiatives we’ll be watching for: