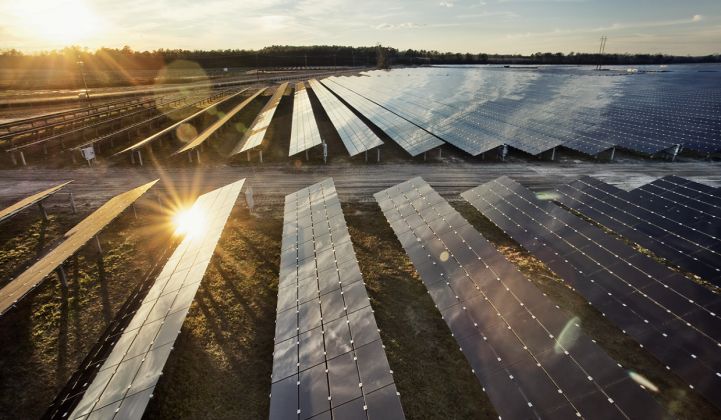 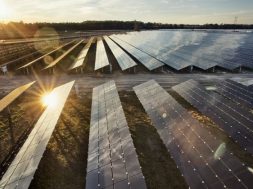 TAIPEI, Taiwan: Upon the return of SNEC PV Power Expo next month, PV InfoLink will explore the PV product trends and the transition of module output at a seminar held in Shanghai on June 3.

As the global PV market grows continuously, China’s module exports had hit a record high of 16 GW in Q1’19, a significant growth from last Q4’s 12 GW. In addition to India and Japan’s traditional high season, China exported 5 GW of modules to the European markets in Q1. 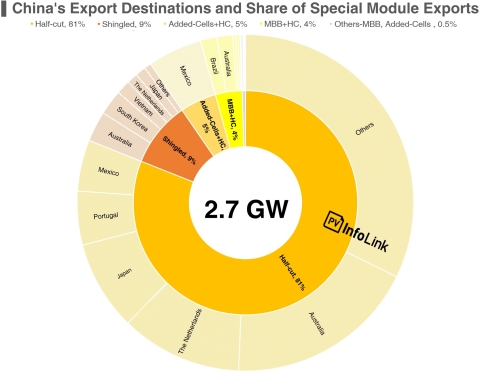 Following the release of Chinese PV policies, market demand is expected to heat up in July. Thus, PV InfoLink projected that the global demand this year will amount to 123 GW, a 25% growth from last year.

SE-PERC modules have become a norm for high-efficiency, however, it’s getting more difficult to make new breakthrough on cell side, therefore, it requires module technologies and larger wafers to achieve higher module power output. According to China customs data, total exports of special solar modules paired with module technologies had exceeded 2GW in Q1, surpassing the cumulative volume of special modules last year.

So far, special modules accounted for 17% of total Chinese module exports. Among them, half-cut module is by far the most mature technology. Australia, the Netherlands, and Japan are the top trading partners of China in terms of half-cut modules, having imported mostly 60-cell 315-320W and 72-cell 370-375W modules.

Shingled modules have higher output than others. However, exporting shingled modules is rather restricted due to patent protection. So far, China exported only 253 MW of 60-cell 320-330W and 72-cell 395-400W modules to Australia and Asian countries in Q1.

This year also saw the emergence of panels consisting of more cells, which can push up 78-cell modules’ output to 400 W.

Vikram Solar, a Tier 1 solar module manufacturer and EPC solutions provider that has played an important role in shaping PV revolution, is a golden sponsor of the event.

PV InfoLink provides the most up-to-date market information and accurate price quotes across the supply chain, which is referenced by most large companies for price negotiation to stay competitive in the market. Details on how to attend the seminar can be found through the event page here.