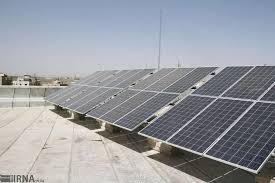 According to Ali Shab-Navard, currently, 54 companies are constructing renewable power plants, including solar, wind, hydroelectric, etc. with a total capacity of 229.39 megawatts (MW) across Iran.

With the mentioned power plants going operational, not only 493,500 megawatt-hours (MWh) of electricity will be produced annually, but it will also save equivalent to 140 million cubic meters of natural gas fuel and 109 million liters of water consumption and carbon dioxide pollution will be reduced by 318,000 tons every year, Shab-Navard said.

Noting that the Iranian households and small businesses are also welcoming renewable energies, the official said over the past two months 105 rooftop PV stations with a total capacity of 1,607 kilowatts have been put into operation across the country.

Overall, in the next five years, Iran is aiming for a 5,000 MW increase in renewable capacity to meet growing domestic demand and expand its presence in the regional electricity market.