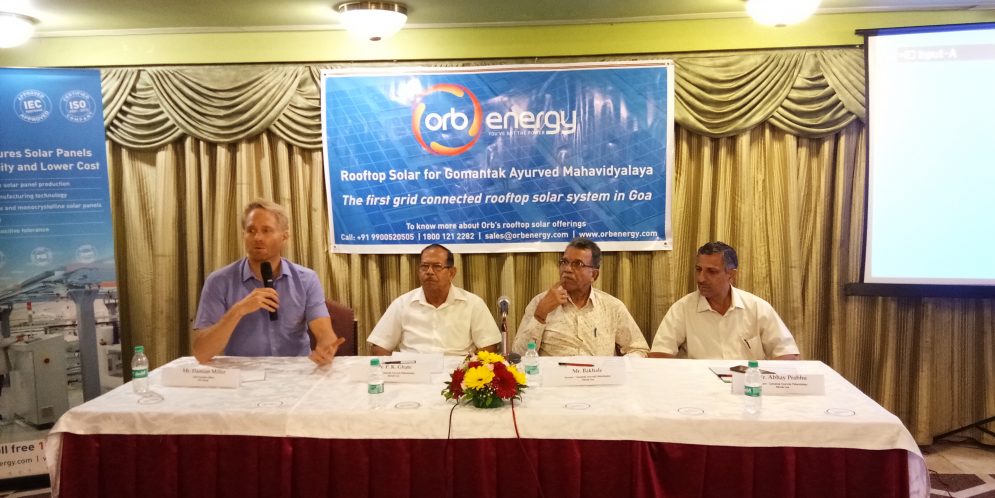 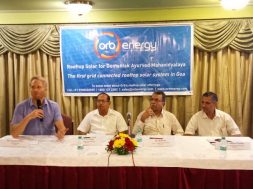 A 30 kilowatt rooftop solar system has been installed and commissioned at Gomantak Ayurved Mahavidyalaya and Research Centre by Orb Energy, which will generate over 50 thousand units per annum of clean electricity.

During a media briefing in city on Friday, Orb’s chief executive officer, Damian Miller said, “We are extremely pleased that Gomantak Ayurved Mahavidyalaya and Research Centre has selected Orb to design, supply, and install their 30 kilowatt rooftop solar system. We are also proud to announce that this is the first rooftop solar system synchronised since the Goa government’s net metering policy came into effect.”

“Orb’s rooftop solar systems provide commercial, industrial and institutional customers a three- to four-year payback without any subsidy. Because many businesses and institutions in India can only afford rooftop solar with finance, Orb offers a collateral-free solar loan that matches the payback period – after which all their power from solar is effectively free,” he added.

“To achieve the institute’s objectives and reach more students, it is important for us to reduce our operational overheads and one of the ways to achieve this is to bring down our electricity costs and also support green energy. Thanks to Orb, we currently expect to produce an average of approximately 50,400 units of clean solar electricity per year, and expect to save around Rs 1.5 lakh per annum in electricity costs,” said P K Ghate, president, Gomantak Ayurved Mahavidyalaya and Research Centre.