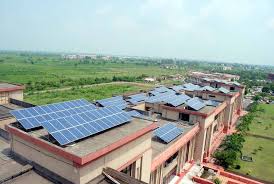 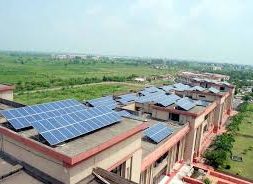 Pune: The corporation now has the capacity of generating 1.2 MW of solar electricity with 34 municipal properties being equipped with rooftop solar power systems.

The civic body has set a target of generating 1MW solar power for the financial year 2018-19.

The Pune Municipal Corporation (PMC) plans to save Rs1crore annually on electricity bills, if the solar power generation proves successful.

“The project has multiple aims. It will save money spent on electricity bills. We can also promote renewable energy. PMC’s plans include equipping remaining buildings of PMC with rooftop solar power systems,” said Shrinivas Kandul, head of the PMC’s electricity department.

He said that actual generation and consumption of nearly 750KW power has already started from these plants. The generation of remaining around 350KW will start soon.

As per the PMC officials, the civic body will not make any financial investment in setting up plants.

Only the space for setting up plants will be given by PMC.

The capacity of these plants ranges between 100KW and 500KW. PMC will have to pay Rs3.62 kWh to use electricity generated from these plants.

The project is being undertaken as a joint initiative and it has been awarded to a private contractor. He is expected to monitor, operate and maintain the plants for 25 years.

The initiative has been taken with the help of Solar Energy Corporation of India (SECI). PMC will carry out the project on the lines of Renewable Energy Service Company (RESCO).