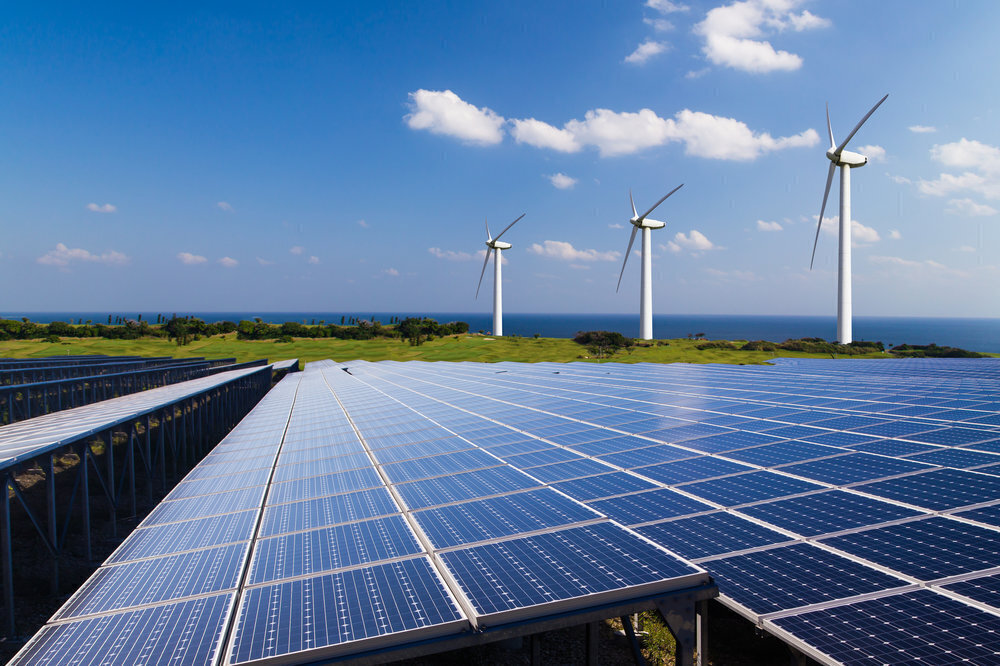 FUKUOKA : There have been frequent cases in southwestern Japan’s Kyushu region where the electricity generated from renewable energy sources, such as solar power, has gone unused.

On some days, as much as the equivalent of four nuclear reactors-worth of generating capacity is being wasted without being transmitted. Why is this happening when the government is supposed to be aiming for carbon neutrality by 2050 and making renewable energy the main power source?

This is the case, for example, in spring and autumn when the use of air conditioning is reduced. If the supply-demand balance is upset by continuing to generate and send out electricity even though demand is low, in the worst-case scenario it could cause a large-scale blackout.

For this reason, on days when there is likely to be a surplus of electricity, power companies have a rule of asking generation companies to curtail their output in the following order: (1) thermal, (2) biomass, (3) solar and wind, (4) hydroelectric, nuclear and geothermal. This order was decided based on the cost of power generation and whether the output could be easily adjusted.

The installation of solar power generation has been progressing in Kyushu due to the region’s geographical advantage of being blessed with sunlight. Kyushu Electric Power Co.’s service area, which has an output capacity of 10 million kilowatts, has been the only one in Japan to have implemented output control since October 2018.

The No. 1 (foreground) and No. 2 reactors at Kyushu Electric Power Co’s Sendai nuclear plant are seen in Satsumasendai, Kagoshima Prefecture, on Jan. 18, 2019.

The number of days of output control in fiscal 2018 was 26 days in the six-month period from October, and in fiscal 2019 it jumped to 74 days. In fiscal 2020, the number decreased to 60 days because the No. 1 and No. 2 reactors at the Sendai nuclear power plant in Kagoshima Prefecture were halted for about seven to eight months, but it is expected to increase to 95 days in fiscal 2021. That’s roughly one out of every four days that some power plant will have its output curtailed.

In particular, from March 19 this year, when the four reactors at the plant returned to full operation (with a total output of 4.14 million kilowatts), to May 11, when the rainy season began in parts of Kyushu, the output of renewable energy was curtailed for a total of 37 days, or about 70% of this period.

During this time of the year, air conditioning and heating use decreases, and electricity demand drops to the 6 million- to 8 million-kilowatt range. With the four reactors operating at full capacity, there will be a large surplus of renewable energy during the daytime on sunny days. On April 18, a record 3.82 million kilowatts of renewable energy was curtailed, the equivalent of four nuclear reactors.

An executive of Chopro Co. based in Nagasaki Prefecture, which operates a total of 17 solar power plants in Kyushu, said in a resigned tone, “Almost every day, some of our plants stop being accepted (by the power companies).

Even if we halt operations, costs will still be incurred, so our profits will decrease. Above all, it would be like throwing away the electricity we generated, so it’s wasteful.”

Kazuhiro Ikebe, president of Kyushu Electric Power Co., is seen in Chuo Ward, Fukuoka, on Dec. 22, 2020. In short, the first “barrier” to the utilization of renewable energy was nuclear power plants.

Kazuhiro Ikebe, president of Kyushu Electric Power Co., said, “If we can increase the operating rate of existing nuclear power plants, the cost of reducing CO2 emissions will be lower.”

If output control continues, the government’s goal of making renewable energy the main source of power will be far from being realized. As for offshore wind power generation, which is expected to be a pillar of renewable energy in Japan along with solar power, the Goto Islands in Nagasaki Prefecture in Kyushu are considered the second-best location in the country after Hokkaido, but if the current output control continues, there is a risk that this opportunity will be removed.

Output control is also expected to occur in Hokkaido and the Shikoku region, where the introduction of renewable energy is progressing, as early as in fiscal 2021, so it is no longer just a problem for Kyushu.

Another “barrier” to preventing the waste of renewable energy is the lack of interconnection lines to transmit electricity to other regions when there is a surplus.

If there is sufficient capacity in the interconnection lines, even if there is a surplus in Kyushu, it can be transmitted to Japan’s main island of Honshu, where the demand for electricity is high, thereby reducing waste.

This will as much as triple the transmission capacity between Kyushu and other regions. It also plans to lay additional interconnection lines between Shikoku and Kansai, and Hokkaido and Tokyo.

Renewable energy generated in areas blessed with sunlight, wind power and large fields will be transported to urban areas where demand for electricity is high.

Reinforcing the interconnection lines is an essential task for making renewable energy a main power source, but the Ministry of Economy, Trade and Industry doesn’t expect to start operations until the “second half of the 2030s,” according to ministry officials.

In addition, the principle of sharing the cost of construction, which will be up to 1 trillion yen (about $9.13 billion) for Kyushu alone, “in proportion to the benefit each power company receives” has been decided, but the details have not yet been finalized. It will be a long time yet before renewable energy is not being wasted.

Yukari Takamura, a professor at the University of Tokyo’s Institute for Future Initiatives and an expert on renewable energy, said, “Now that the entire country is moving toward ‘decarbonization,’ it is unreasonable to waste large amounts of renewable energy through output control.”

In particular, Takamura said, Kyushu “clearly needs to start construction (of interconnection lines) as soon as possible, taking into account the increase in solar power and the addition of more offshore wind power in the future.”