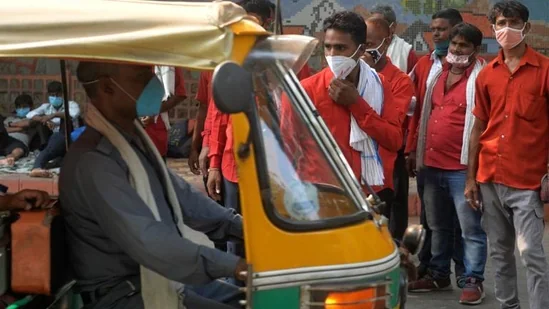 4,000 Fresh Permits to Be Reserved For Electric Autos in Delhi 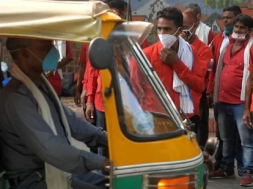 4,000 Fresh Permits to Be Reserved For Electric Autos in Delhi

The move is aimed at giving a new push to the rollout of the electric vehicle policy in Delhi that has been hit by the ongoing Covid-19 pandemic, high vehicle cost and lack of supporting infrastructure.

Currently, the city has 95,000 registered auto-rickshaws all of which run on CNG.

The Delhi transport department will reserve 4,000 fresh permits for electric auto-rickshaws registered in the city, senior officials privy to the development said on Tuesday, adding that CNG stations in the capital may soon have battery swapping or fast charging points to facilitate electric vehicles (EVs).

The move is aimed at giving a new push to the rollout of the electric vehicle policy in Delhi that has been hit by the ongoing Covid-19 pandemic, high vehicle cost and lack of supporting infrastructure. Currently, the city has 95,000 registered auto-rickshaws all of which run on CNG. There is a cap of 100,000 on registered autos in Delhi.

“Electric four wheelers are still very expensive, so we identified two sectors which will become cost-effective using Delhi government’s subsidies — two wheelers and three wheelers. Among these two, tapping the three-wheelers segment is easier as their numbers are manageable.

So, I have approved a proposal wherein at least 4,000 auto rickshaw permits will be given to only those people who have an e-auto. This means that the remaining auto rickshaws in Delhi will largely have to be electric from now on,” said transport minister Kailash Gahlot.

The department will start inviting applications for the same in a fortnight. The cost of a CNG auto-rickshaw is around ₹2-2.27 lakh, while an electric auto-rickshaw costs around Rs.1.5 lakh after the subsidy.

The auto drivers, however, said the electric autos may pose a problem for them, until there are adequate battery swapping stations. “We clock around 200 kilometres every day with our CNG autos. There are a lot of stations where we can fill gas during the night. But, even if it is cheaper, an electric auto will run for about 100-140 kms depending on the usage. Our business will be hit, if the city does not have a proper network of battery swapping centres.

Charging points won’t really work for drivers who are still on duty as a single charge of an electric auto will take around 3 hours. So, the government should first set up adequate battery swapping stations, and then bring this rule,” said Subhankar Rai, an auto driver who is a member of an auto union in Delhi.

Senior transport officials said this issue was discussed in the board meeting of Indraprastha Gas Limited (IGL) last week. “The Delhi government urged IGL to actively start planning for setting up battery swapping and charging points at their CNG stations in Delhi. The matter is under consideration,” the official said.

On August 7, the AAP government notified the Delhi EV Policy 2020 — unveiled in December 2019 by chief minister Arvind Kejriwal — with an aim to reduce air pollution and to kick-start the economy by spurring demand. It envisages that 25% of all new vehicle registrations should be battery electric vehicles (BEVs) by 2024. The policy offers subsidies, and road tax and registration free waivers, for electric vehicles bought in the Capital.

Records seen by HT showed that since August last year, Delhi registered over 13,963 EVs. Of these, 8,012 (57.3%) vehicles got the incentives offered by the Delhi government. Of the 8,012 EVs, as many as 4,782 (59.6%) new e-rickshaws were given subsidies under the EV policy — the highest among all vehicle categories. This was followed by electric two-wheelers, 1,340 of which received the benefits. Only 610 e-cars were registered from August last year till 9am on July 20. 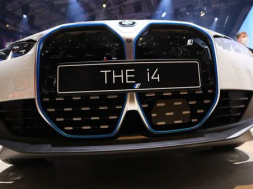