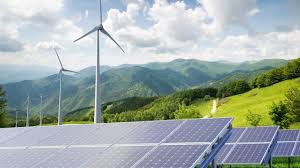 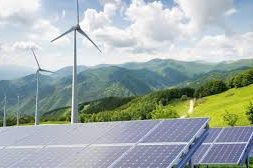 The source-wise and state-wise details of the generation of electricity through renewable energy sources during the last five years and current year are given in the Annexure.

The initiatives taken by the Government to explore new and renewable energy sources in the country inter-alia, include the Permitting Foreign Direct Investment (FDI) up to 100 percent under the automatic route, Waiver of Inter State Transmission System (ISTS) charges and losses for inter-state sale of solar and wind power for projects to be commissioned up to December, 2022, notification of standard bidding guidelines to enable distribution licensee to procure solar and wind power at competitive rates in cost effective manner, declaration of trajectory for Renewable Purchase Obligation (RPO) up to the year 2022, launching of New Schemes, such as, PM-KUSUM, solar rooftop phase II, 12000 MW CPSU scheme Phase II, etc.

The Government has set a target of installing 175 GW of renewable energy capacity by the year 2022 which includes 100 GW from solar, 60 GW from wind, 10 GW from Biomass and 5 GW from Small Hydro.

All the major programmes/schemes being implemented by the Ministry have established mechanisms to monitor the implementation of these schemes. The provision, inter-alia, include:

This information was provided by Minister of State (IC) New & Renewable Energy, Power and Skill Development and Entrepreneurship Shri R.K. Singh, in written reply to a question in Lok Sabha today.

State-wise and Source-wise power generation from various renewable energy sources during the last three years (2014-15 to 2018-19) and current year (up to).