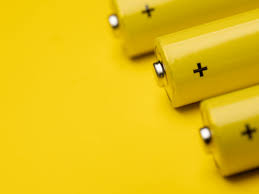 We take a look at six start-ups creating energy storage technology for a variety of purposes and with the support of a large range of investors.

While Tesla is one of the most prominent players in the energy storage sector, there’s an abundance of start-ups out there trying to build the next best technologies for a variety of different applications, from heating homes to powering EVs.

This week, we shine a light on just a small selection of the numerous start-ups developing interesting energy storage solutions.

Founded in 2014, Advano is a New Orleans-based energy storage start-up that focuses on combining nanotechnology with chemical engineering principles. Since launching six years ago, the company has attracted investment from Y Combinator, DCVC, Future Shape and the Mitsui Kinzoku-SBI Material Innovation Fund.

The firm was co-founded by Alexander Girau and Shiva Adireddy, with the goal of increasing the energy density of lithium-ion batteries by 30-40pc without sacrificing battery life or increasing the cost of batteries. The company’s batteries are designed for use in IoT devices, consumer electronics and EVs.

Advano recognises that EVs have not yet been able to overcome the burden of cost versus range limitations. The start-up believes that a step-up change in performance will be possible thanks to one of the most abundant resources on earth, silicon. With silicon, Advano aims to make batteries with thinner electrodes for higher energy density, in place of graphite.

Based in the San Francisco Bay Area, EnPower was co-founded by Adrian Yao, who serves as CTO. The firm is currently led by Annette Finsterbusch, who is president and CEO of the early-stage business. The company focuses on the development of next-generation lithium-ion batteries.

Yao did not want to accept the trade off between high energy and high power, so he named the company after his goal to deliver both in the same battery: energy and power, or EnPower. The start-up is developing a battery that is engineered to withstand a wide range of use conditions for long periods of time.

In 2018, the company was granted its first patent for electrode architecture before opening its first manufacturing facility in Phoenix, Arizona a year later. The company has since sold batteries to a US government organisation. EnPower believes that its electrode coating technology is scalable and can be dropped into existing manufacturing infrastructure.

Ion Storage Systems (ISS) is a University of Maryland spin-out that was recently awarded a $2m contract from the Defense Logistics Agency. The firm was founded by Eric Wachsman, Greg Hitz and Venkataraman Thangadurai with the goal of creating the most energy dense and safe batteries possible.

The start-up’s batteries are designed for the mission-critical needs for the defence and aerospace industries, as well as consumer electronics and EVs. The company’s current CEO, Ricky Hanna, previously worked as executive director of Apple’s battery operations.

The company is building a solid-state battery featuring multi-layer porous garnet-based architecture with a thin ceramic separator and a cathode-agnostic design that should be forward compatible with next-generation cathodes. The battery architecture operates over wide voltage and temperature ranges, with no cooling system needed.

Founded in 2014, Nanotech Energy aims to move cutting-edge research on graphene-based energy storage devices from the laboratory to the marketplace. The company believes that graphene will facilitate the battery of tomorrow and could be a key part of batteries that charge in a fraction of traditional timeframes, while running much longer than what’s currently available on the market.

The start-up, which was founded by Dr Jack Kavanaugh, has exclusively licensed intellectual property from UCLA related to super batteries and supercapacitors. The company is using this in the development of energy storage and delivery devices that will be able to store and deliver energy at higher rates than existing batteries.

Earlier this year, Nanotech Energy raised $27.5m in Series C funding, which the firm aims to use to expand its production of graphene batteries, conductive epoxies, conductive inks and electromagnetic interference shielding spray paints and films.

Northvolt is a Stockholm-headquartered renewable energy business that was founded by Paolo Cerruti, Peter Carlsson Carl-Erik Lagercrantz and Harald Mix in 2016. The company provides electrification and renewable energy storage technology, with the goal of creating a supply of sustainable batteries in Europe.

In July 2020, the company received a $350m loan from the European Investment Bank (EIB) to finance Europe’s first home-grown gigafactory for lithium-ion battery cells. The gigafactory is under construction in the Skellefteå region of northern Sweden.

This is part of an overall $1.6bn debt raise that the company took out to support development of production capacity and launch additional initiatives in recycling and research and development.

Manufacturing at the new gigafactory is expected to use 100pc renewable energy and the company is using investments in vertical integration and innovation of process design to optimise use of resources and minimise the battery’s environmental impact.

Based in San Jose, the start-up set out to create a new class of electrical energy storage device, along with a scalable manufacturing process to commercialise its technology for the automotive industry.

Former Tesla CTO JB Straubel is on the company’s board and has described the technology as “the most elegant architecture” he has ever seen for a lithium-based battery system. QuantumScape, which spun out of Stanford University, is worth keeping an eye on as it plans to go public through a reverse merger with Kensington Capital Acquisition Corp at some stage in the very near future.