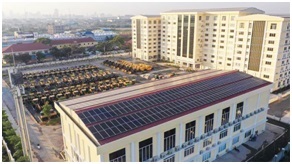 The development of new energy economy is the historical trend and inevitable choice of the world today, becoming the source power of economic development in many countries and occupying a particularly crucial strategic position in the national economy.

Cambodia, a country with better lighting in Southeast Asia, isendowed with the unique development potential of new energy, and in recent years breaking through the barriers of traditional energy and upgrading the strategic position of new energy as well, aiming to become the leader of new energy in Southeast Asia. At present Cambodia’s Ministry of Transport successfully connected a 708kW photovoltaic power station to the power grid, once again demonstrating the country’s determination to develop new energy. It is reported that the proportion of solar power generation will be increased from 1% in 2018 to 20% in the next few years. 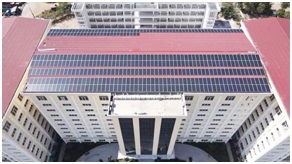 As the supplier of PV grid-connected inverter for the power station, SOFARSOLAR has provided SOFAR 60000TL, a popular model in Southeast Asia. The inverter integrates many characteristics of high efficiency, stability, safety and intelligence such as: the highest efficiency reaching 98.7%; built-in real-time accurate MPPT to ensure power generation and high revenue; built-in input secondary lightning protection, IP65 protection, no fuse design, built-in anti-island and other safety protection to ensure the service life; built-in sound and light alarm,  remote power on &off support, remote upgrade, real-time monitoring and other functions, to provide convenience for operation, maintenance and monitoring. Since the launch, it has performed eye-catching in industrial and commercial projects, and won high praise from domestic and foreign markets. The installation of this new model of SOFARSOLAR by Cambodia’s Ministry of Transport has established the vital position of  SOFARSOLAR brand and products in the photovoltaic market of the country.

Cambodia is rich in solar energy resources, with more than 8,000MWof solar power generation potential. However, according to the statistics of the Cambodian Power Corporation, about 25% of Cambodia’s electricity depends on imports,  most of which come from Vietnam and Thailand. With the shift of local focus on energy development direction, the demand for new energy has increased significantly. The 708kW photovoltaic power generation project of the Ministry of Transport is one of the representatives, which is a milestone showing the unlimited potential of the Cambodia’s photovoltaic market.

SOFARSOLAR says that solar power projects are a more attractive option in Southeast Asia due to the shorter construction period and less cost than hydropower dams and fossil-fuel power stations. In the future, SOFARSOLAR will rely on its own advantages, adhere to the national “One Belt And One Road” strategic policy, deepen local cooperation, and continuously put stable and reliable grid-connected inverters, energy storage inverters and batteries to the market, so as to benefit more Cambodian people. 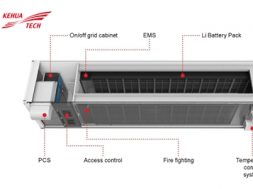 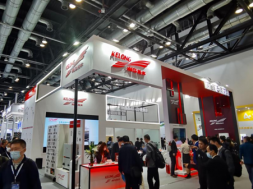