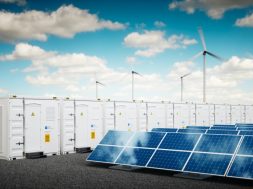 At the company’s annual stockholders meeting on Monday, ACEN President and CEO Eric Francia said the Ayalas’ power arm prepared to invest heavily in RE, led by solar and wind, given their intermittent or variable nature. BESS facilities would then complement the solar and wind power installations to unlock the potential of renewables.

So far, AC Energy has started investing in BESS through its RE laboratory in Mariveles, Bataan equivalent to a four-megawatt (MW) hybrid solar plant integrated with an energy storage system. The facility will test various new technologies in solar and battery storage.

Francia believes that in preparing to scale up all of these technologies, the company would be able to understand these in the real world setting.

ACEN Chairman Fernando Zobel de Ayala said the company is supporting the country’s economic revival by pursuing a “build back better” stance towards a more sustainable, resilient, and inclusive future. He emphasized that AC Energy remains strongly committed to a green-led recovery in achieving a low carbon portfolio by 2030.

So far, ACEN has over 1,000MW in its power generation portfolio, nearly half of which comes from RE sources. The firm aims to build 5,000MW in capacity by 2025. The company said late last year that it is dropping coal from its portfolio. In fact, it recently divested from the GNPower Kauswagan coal plant project.

AC Energy manages the Bangui Windmills in Ilocos Norte. It also owns the wind farm in Bgy. Caparispisan in neighboring Pagudpud, and is slated to build another facility in nearby Bgy. Balaoi.

ACEN also has solar farms in Alaminos, Laguna and Negros Island, and is currently building a 60MW in Palauig, Zambales. The company likewise formed joint ventures with Solar Philippines and Citicore Power in January and February, respectively, for the development of solar plants across the country.

It also has invested Php2.2 billion for a 40MW BESS facility in Alaminos.