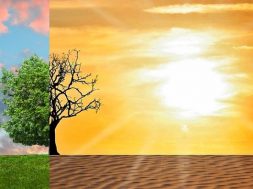 This year’s 52nd Asian Development Bank (ADB) Annual Governors’ Meeting is being held in Nadi, Fiji. Similar to its neighboring countries in the Pacific, Fiji is on the brink of suffering from the severe impacts of climate change despite its low global carbon emissions. The location of the Annual Meeting intensifies the compelling clamor from CSOs particularly those from climate change vulnerable countries to call out the ADB and put a halt in fueling dirty energy and coal investments in the Asia and Pacific.

A study being conducted by the Center for Energy, Ecology, and Development (CEED) and NGO Forum on ADB entitled “Decarbonizing the ADB” reveals that, for the past decade, the Bank’s total “clean energy” investments is equal to its dirty and carbon-intensive energy investments in terms of installed capacity.

“The ADB’s carbon-intensive energy lending portfolio does not come as a surprise since it still has not reviewed and updated its severely outdated 2009 Energy Policy. Moreover, the ADB’s list of eligible activities for clean energy and climate investments still consider efficiency improvements and retrofitting for fossil fuel power plants,” Atty. Avril De Torres of CEED explained.

Rayyan Hassan, Executive Director of NGO Forum on ADB posed the question, “Why is ADB not making a strong commitment to just transition to renewables? To continuously find justification for gas, coal and other fossil fuel intensive projects in 2019 is completely unacceptable.”

Sreedhar Ramamurthi, NGO Forum on ADB International Convener and executive director of Environics Trust, India strongly stated that “ADB has the onerous responsibility to look at the long-term, and direct its investment today so that global climate goals are not jeopardized. Decarbonizing is no longer a choice but an urgent imperative”,

Under its Strategy 2030, the Bank will increase committed operations supporting climate change mitigation and adaptation by 2030 to 75%, prioritize investments for low GHG emission energy, and encourage Developing Member Country (DMCs) to shift to a low GHG emission development path in line with their nationally determined contributions under the Paris Agreement. However, the Strategy 2030 is still silent on banning financing for fossil fuels and assisting DMCs in phasing out fossil fuel consumption.

Eang Vuthy of Equitable Cambodia stated that “[t]he ADB needs to have a clear plan of action on transitioning from fossil fuel energy to fully renewable energy investments and ensuring that these investments – including existing investments – are carried out in compliance of ADB safeguards with mandatory meaningful consultation with the affected communities, strict avoidance of forced resettlement of people and damaging the environment”.

In the Caucasus, the “ADB energy sector investments in Georgia mainly supports new greenfield dam hydro projects in high mountains of Caucasus range. While projects claim that their design to decrease the GHG emissions in reality as science shows the reservoirs greater short term contribution to climate change due to high methane emissions, the creation of water mirrors in that may speed up the process of already speedy process of glaciers melting in Georgia,” says Manana Kochladze of CEE Bankwatch.

The last 40 years melting of glaciers heavily impacts the livelihood of the people through increased floods, avalanches and etc. If the Georgian hydropower development continues unabated, this problem will get even worse – in no small part because much of the hydropower expansion will take place in subtropical part of Georgia where vast amounts of methane-producing vegetation will be flooded. The ADB’s investment in destructive large hydropower projects has extended to Nepal, Laos, and Samoa, often followed by devastating social and environmental impacts on local vulnerable communities.

The ADB should pursue distributed renewable energy systems because it maximizes energy access and advances energy democracy. It is also cost-competitive and bankable. Unlike fossil fuel technologies and large hydropower and geothermal technologies, new renewables may now be constructed and installed in small or micro sizes at a much shorter period of time, such as solar, wind, and even run-off river.

In the Philippines, ADB may pursue a national electrification initiative, specifically through the utilization of renewable energy microgrids. “Renewable energy microgrids, are becoming a prominent and effective alternative in providing clean, affordable, and accessible electricity, especially among unelectrified and remote households, small island grids, and impoverished communities,” according to Atty. Avril De Torres of CEED.

Lastly, distributed renewable energy systems advance energy democracy. Energy democracy is reclaiming the power to the people. Energy democracy is designed on the principle of no harm to the environment, supports local economies, and contributes to the health and well-being of all people. Thus by investing in distributed renewable energy systems, this also contributes to fulfilling ADB’s commitment to improving governance and meet the Bank’s stated objective of ensuring energy access for all.