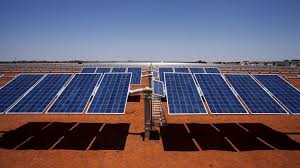 The 5B techniology is expected to enable companies make that transition more quickly while using less land.

“Together, AES and 5B will help clients including in India accelerate their use of solar energy. The MAVERICK design is a pre-wired, prefabricated, build-to-last solar solution, that is folded up, shipped to site and rolled out,” the company said in a statement.

The total global investment in solar energy market is projected to reach $613 billion between 2021-2025 as economies transition to greener sources of energy. The 5B techniology is expected to enable companies make that transition more quickly while using less land.

“Solar is the most abundant clean energy source in the world, and 5B’s innovative design produces twice the energy for any given area,” said Andrés Gluski, President and CEO of AES. “In addition, a project using 5B’s technology can be built in a third of the time when compared with conventional solar. These significant advantages will help us meet our customers growing needs in today’s everchanging environment.”

AES plans to use 5B’s technology across many of the projects in its expected 2 to 3 Gigawatts of annual renewables growth. It said 5B can bring time and cost savings for solar installations and provide a significant share of installations contributing to achieve 400 GW by 2030 in the country.