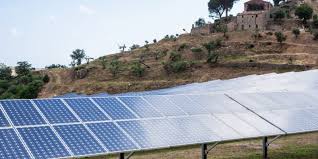 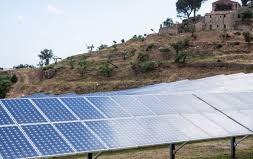 The AFSIA Solar Awards is the industry’s premier awards ceremony organized in collaboration with the Africa Energy Forum.

The Africa Solar Industry Association (AFSIA), in partnership with the Africa Energy Forum (AEF), has unveiled the winners of the inaugural Solar Awards 2020.

The virtual award ceremony was part of the Digital Africa Energy Festival, and is the industry’s premier awards ceremony seeking to recognize and celebrate exceptional talent and achievements in the African solar market.

Hosted by AEF, the Oil & Gas Council, African Utility Week and POWERGEN Africa, the annual event, attracted over 130 entries from all over Africa, seeking to be recognized for the 15 award categories.

According to AFSIA, Africa is characterized by the wide and rich diversity of solar projects and applications ranging from large-scale solar parks to solar home systems, grid-connected residential systems to off-grid hospitals and schools, basic PV systems to solar-powered applications such as street lighting, solar irrigation, refrigeration and many more.

The Awarding board, composed of industry leaders in the solar energy sector in Africa, were mandated with the task of evaluating each entry to identify the most deserving companies and individuals for the awards which were handed out at the virtual ceremony on the 29 October.

Also popular among participants was ‘Woman in Solar of the Year’ category which was awarded to Olaedo Osoka, the CEO of Daystar Power Ghana, for leading the expansion of the company from Nigeria to Ghana, Togo and Senegal and, realising Commercial & Industrial projects of 8MW in two-year period.

This category highlighted the very positive trend of the growing involvement of women in the solar industry across the continent.

The AFSIA Solar Awards 2020 were issued as follows: