Air Liquide, DLVA and ENGIE are entering into an ambitious partnership to produce green hydrogen on an industrial scale 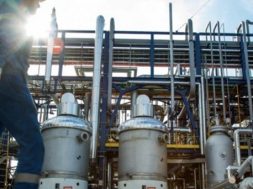 Air Liquide, DLVA and ENGIE are entering into an ambitious partnership to produce green hydrogen on an industrial scale

Initiated in 2017, “HyGreen Provence” will make it possible to develop and validate the technico-economic conditions for the production of 1,300 GWh of solar electricity, equivalent to the annual residential consumption of about 450,000 people, together with the production of renewable hydrogen on an industrial scale through water electrolysis. The project will be developed in several stages with the first deliverables envisaged by the end of 2021 and a possible final step in 2027. Eventually, several tens of thousands of metric tons of renewable hydrogen could be produced in this way every year to meet a very broad spectrum of uses.

The DLVA urban area, which comprises 25 municipalities and 65,000 inhabitants, has considerable advantageous resources for this project, including one of France’s most favourable levels of sunshine (an average of 1,450 hours per year), substantial land availability and the presence of a salt cavity storage site able to accommodate the large-scale centralised production of renewable hydrogen.

Air Liquide and ENGIE, partners committed to the development of hydrogen solutions, have decided to join forces in the project, alongside the DLVA urban area, by combining their strengths:

This hydrogen will serve various uses with regards to mobility, energy and industry, both locally and regionally. As far as mobility is concerned, hydrogen can power all types of vehicle from light motor cars to buses, utility vehicles and trucks. On the energy front, the project plans to provide heat and cooling for an urban eco-district. Lastly, hydrogen can be used in industrial processes that will benefit the entire region.

The signature of this innovative public-private partnership has been made possible by the involvement of many stakeholders committed to the zero-carbon transition. It is fully aligned with the regional initiative being undertaken by DLVA and will contribute most substantially to the development of the hydrogen sector in France.

“We are pleased to contribute to this flagship project, which will demonstrate, in France, on an industrial scale, the key role that hydrogen will play in the energy transition. For more than 40 years, the Group has developed a unique know-how in the field of hydrogen. With expertise in all production technologies—including electrolysis—the Group is now a leading player in the world with regards to low-carbon hydrogen energy production. This project is in line with the Group’s climate strategy, the most ambitious in its sector.”

“First and foremost, HyGreen Provence is an ambitious and innovative regional project. It will embrace all those desiring consultation and dialogue, particularly the National Parks in Verdon and Luberon. We are involved in the dynamic that is the ‘Vallée des Énergies’ together with partners such as the Iter project, the Cadarache CEA, Géomethane and hydroelectricity in Durance. We are thereby contributing to the energy transition in France along with leading industrialists which, through their respective expertise, bring credibility and viability to the requirement for zero carbon emissions.”

“Entering into the partnership heralds a ground-breaking alliance between large industrial groups in France, and a local authority, that will accelerate the emergence of massive renewable hydrogen production projects in France. ENGIE is convinced of the importance of renewable hydrogen in providing “zero carbon as a service” solutions to industrial customers and the regions.”

0
0   0
previous What is hydrogen fuel? Supreme Court’s solution to Delhi’s air pollution crisis
next Shell New Energies EVP: Hydrogen Subsidies Will Pay Off, Just Like They Did for Solar