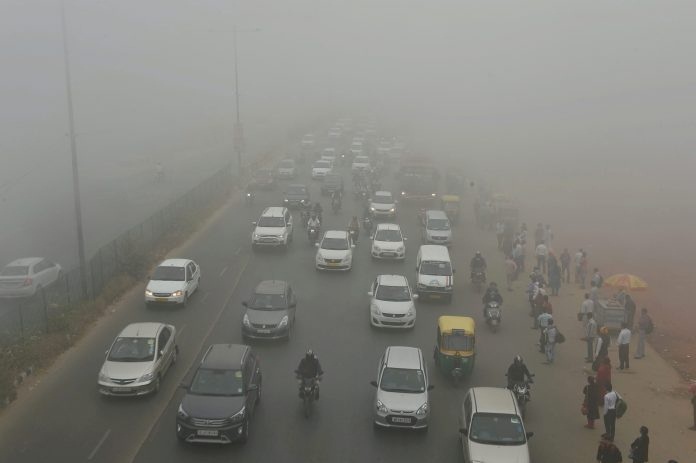 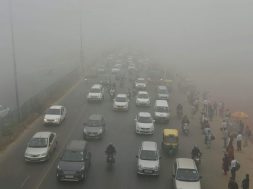 SC has asked govt to explore hydrogen fuel tech to find solution to Delhi’s air crisis. Hydrogen is zero-emission fuel, but manufacturing the gas is quite polluting.

Bengaluru : The Supreme Court pulled up the central government Wednesday over deteriorating air quality in Delhi-NCR and asked it to explore hydrogen-based fuel technology, based on case studies of how Japan tackled its pollution crisis using the gas.

The Supreme Court asked the government to submit a report on the use of such technology in India by 3 December.

Hydrogen as a fuel has long been touted as an almost magical solution to air pollution crisis. The only by-product or emission that results from the usage of hydrogen fuel is water — making the fuel 100 per cent clean.

Globally, 70 million tonnes of hydrogen fuel is produced today and nearly all of it is consumed by different industries.

Hydrogen-fueled vehicles are already in use across multiple sectors around the world.

In many Scandinavian countries, as well as the UK, public buses have been running on hydrogen for a few years. There are three hydrogen cars in the market — the Toyota Mirai, the Hyundai Nexo and the Honda Clarity.

“Hydrogen demand has been growing year after year for various industrial uses,” said Siddharth Singh, an energy researcher and the author of The Great Smog of India.

“Now Japan and recently China are seen to be making an ambitious push for it in transport too. If they succeed, they would have successfully scaled up the infrastructure and developed the supply chain in their regions,” he added.

How hydrogen works as a fuel
None of the hydrogen fuel mechanisms produces any emissions. These are of three kinds: they can be burned to run a combustion engine in a mechanism similar to fossil fuel vehicles today, they can be mixed with diesel or other fossil fuel in combined cycle gas turbines to produce energy or they can be used in a fuel cell that produces energy as output.

A fuel cell is where a chemical process creates energy unlike regular fossil fuels that simply burn. They act as mini-batteries and never run out of charge. They can produce energy as long as fuel is fed into them.

Just like a battery, a fuel cell consists of a positively-charged anode, a negatively-charged cathode and an electrolyte membrane for filtering. Hydrogen is passed through the anode and oxygen through the cathode. At the anode, hydrogen is split into electrons and protons. The hydrogen protons at the anode pass through the electrolyte membrane, while the electrons are made to pass through a circuit, thus generating electricity. At the cathode, the hydrogen protons and electrons bind to the oxygen, forming water molecules.

Limitations to Hydrogen production
Hydrogen is the most abundant element in the universe, but it does not occur in deposits or reserves like fossil fuel. It needs to be actually produced using chemical reactions. And here lies hydrogen’s biggest roadblock to wider acceptance — hydrogen today is almost entirely produced from fossil fuels.

“Hydrogen can be clean only if it is produced using renewable energy,” said Singh. “That is primarily wind and solar. But if we’re already able to do that, why not use wind and solar to directly fuel battery electric vehicles? This is the key conundrum today.”

Hydrogen is produced by extraction from organic matter, hydrocarbons and, of course, water. Majority of the hydrogen that is produced comes from steam-reforming, which combines steam with natural gas at very high temperatures. The most popular gas used for this process is methane.

Electrolysis of water is a bit more efficient when it comes to extracting hydrogen. In this method, electricity is passed through water to split it into oxygen and hydrogen. However, the process requires the usage of electricity, which is in turn often produced through the use of fossil fuels such as coal.

“Hydrogen, using renewables, is far more expensive to produce,” said Singh. “And hydrogen-fueled vehicles are also more expensive than even battery-electric ones. We will have to explore under what conditions hydrogen for transport makes more sense than battery electric vehicles.”

Possibly, the only country with a unique advantage for switching to a hydrogen-based economy is Iceland. There, all fossil fuel is imported, but the country has large geothermal resources, which makes it less expensive to produce electricity and that too in a clean manner. In Iceland, not only are a pilot group of buses running on hydrogen, but there are also experimental fishing fleets piloting the new energy source.

“We will have to be cautious about how much we are able to invest into this technology,” Singh added. “However, hydrogen is also used substantially in industry, so we must pursue renewable production of hydrogen anyway to reduce industrial emissions.”

tags: Air Pollution HYDROGEN FUEL Supreme Court
0
previous Renewables Are Booming, But Not Fast Enough to Cap Greenhouse Emissions
next Air Liquide, DLVA and ENGIE are entering into an ambitious partnership to produce green hydrogen on an industrial scale