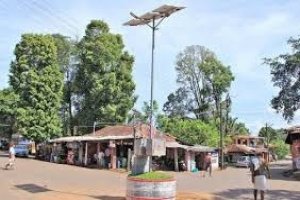 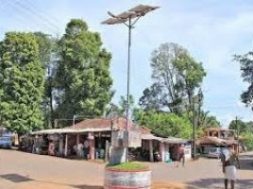 Amasebailu, a small village situated on the left bank of Haldi river in Udupi.
It is the first village in Karnataka to have 100% solar-powered houses.
The dream of the three-year-long project.
The closing ceremony of the project was organized on June 9.
The demand for decentralized small scale energy projects instead of centralized mega-projects is increasing due to growing environmental concerns.
It is tagged as a Solar Gram Panchayat with about 1858 houses illuminated with solar lamps.
The project launched three years ago in 2016.
It is implemented at a total cost of Rs. 2.13 crore.
The project was funded by the Centre and the State Government
The ratio 30:20 and the rest was paid by the Panchayat and charitable organizations.

The contract made with Selco company for the establishment of the project.
The solar lamps have a guarantee of up to five years
The population is around 3000.
The installation cost of one solar lamp lies around Rs. 5000 but they were given to household at a subsidized rate of Rs. 1500.